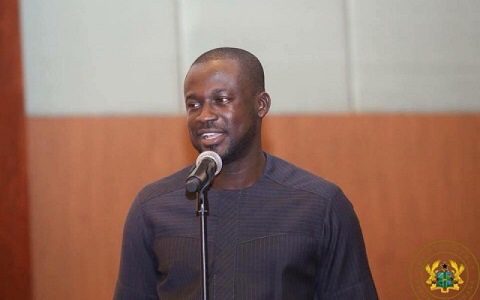 60
SHARES
333
VIEWS
Share on FacebookShare on TwitterShare on WhatsApp

It has been more than 6 months since Akufo Addo was sworn in as President in a highly contested victory of his but even with that, he is yet to fully assemble a fully functioning Government structure to keep the country running.

For months the list for Municipal and Districts Chief Executive list has been kept in secrecy with no explanation to Ghanaians.

In the midst of all these mess, the director of Communication at the Presidency Eugene Arhin has said Akufo Addo’s delay in appointing MMDCEs has not added development at the local level.

The Presidency has rejected claims that the delay in appointing Metropolitan, Municipal and District Chief Executives (MMDCEs) is hampering development at the local government level.

Speaking to the press at the Jubilee House, the Director of Communications at the Presidency, Eugene Arhin said: “I don’t think there should be any cause for concern because work is still ongoing at the various MMDA levels”.

“Currently, there is no vacuum at the various districts, metropolitan areas and municipalities because the old MMDCEs are still in office on a day-to-day basis going about their respective duties.”

The government has been criticised for the lack of progress in appointing new MMDCEs eight months into a new administration.

These appointments are the sole preserve of the President, per Article 243 (1) of the 1992 Constitution.

In January, President Nana Addo Dankwa Akufo-Addo directed all MMDCEs to remain at post until new ones are appointed.

Since then, over 1,300 persons have applied for the MMDCE vacancies nationwide.

These persons went through vetting processes in the various regions, and a committee was set up to assess and shortlist such persons and submit reports to the President.

“We are currently in the final leg where the president is going through the report that has been submitted to him,” Mr. Arhin said.

Mr. Arhin expects the announcement of the MMDCEs to be made “soon”.

“I believe, through the Local Government and Rural Development minister, that announcement will be made,” Mr. Arhin said.