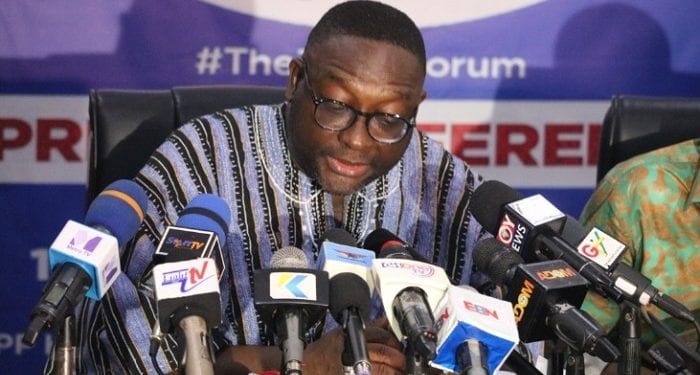 The governing New Patriotic Party (NPP) has defended its decision to terminate a power purchase agreement with the Ghana Power Generation Company (GPGC) which has led to Ghana being slapped with a $170 million judgement debt.

The opposition National Democratic Congress (NDC) at a press conference on Monday took a swipe at the government for incurring the judgement debt.

But according to the NPP, government acted in good faith as the contract was abrogated based on the recommendations by the previous NDC government.

A former Energy Minister, Boakye Agyarko, has justified the government’s decision to terminate the power agreement, insisting that he is not responsible for the turn of events.

According to him, the country would have lost more from excess power generation if the agreement had remained.

For that reason, he insisted that Ghana is “better off” with this judgement debt.

Former Power Minister, Dr. Kwabena Donkor, under whose tenure the deal was signed, had said he is ready to answer any question regarding the signing and subsequent abrogation of the agreement.

He said he is ready to face the Criminal Investigations Department (CID), and subject himself to any form of investigation into the propriety of the deal.

About the arbitration
The GPCC dragged the government of Ghana to the United Nations Commission on International Trade Law (UNCITRAL) after an official termination in 2018, demanding compensation from the government for a breach of the contract.

The court subsequently awarded the company an amount of $170 million to be paid by Ghana.

Ghana challenged the arbitration award in a UK court, but could not meet the deadlines to file its case citing the COVID-19 pandemic among others as reasons for the delay.

The Attorney General, Godfred Dame, has stated that processes are underway to thoroughly probe circumstances that led to Ghana being slapped with the $170 million judgement debt.