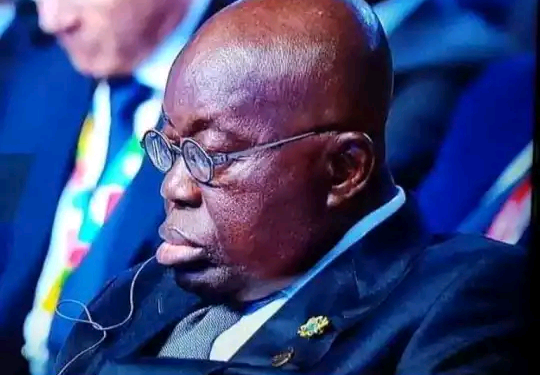 46
SHARES
257
VIEWS
Share on FacebookShare on TwitterShare on WhatsApp

President Nana Addo Dankwa Akufo-Addo has spent over 13.5 million cedis on four luxury jet travels in the last six months, according to estimates from Samuel Okudzeto Ablakwa, Member of Parliament for North Tongu.

Ablakwa, who is also the Ranking Member on Parliament’s Foreign Affairs Committee, has disclosed that a recent round trip by the President to Serbia cost the taxpayer some 3.5 million cedis by way of conservative estimates.

Parts of Ablakwa’s October 13 post on the Serbia trip read:

“Just to illustrate from our latest tracking: President Akufo-Addo took off aboard the LX-DIO to Belgrade at 12:22pm last Sunday from Accra. He landed in Serbia at 8pm local time. The President arrived back home at 5pm today.

“The LX-DIO was ordered on Saturday 9th October, 2021, leaving its base in Luxembourg and landing in Accra at 12:46pm local time on Saturday after a brief stop in Abuja. Ghanaian taxpayers, therefore, paid for the overnight waiting period.

“At a conservative estimate of 42 hours of aircraft lease duration, the suffering Ghanaian taxpayer is coughing up nothing less than US$588,000 which translates to a scary GHS3.5million.”

Akufo-Addo and his entourage were in Serbia for the 60th-anniversary celebration of the Non-Aligned Movement, NAM.

Cost: “At a conservative estimate of 42 hours of aircraft lease duration, US$588,000 for round trip and GHc3.5million equivalent

Flight details as shared by Okudzeto Ablakwa on social media

In September 2021, Ablakwa wrote about the cost of Akufo-Addo’s trip to the United States to attend the United Nations General Assembly meeting.

“At US$14,000 an hour, Ghanaians should be expecting to pay a staggering US$616,000; that is an elephantine 3.7million Ghana Cedis by the president’s return.

“This is the flight distance breakdown: [6 hours to Azores; 1 hour refueling; 10 hours to Houston; 3 hours from Houston to New York; New York to Accra 11 hours plus 1 hour of refueling break; 12 hours of pick up and drop off time — this works out to a total flight time of 44 hours).”

Trip to the UK for education summit

Ablakwa wrote: “On his travels to the UK on the 27th of July, 2021 to attend the Global Education Summit and last week’s state visit to Germany… he opted for another top-of-the-range VIP luxury charter jet specifically known to industry players as the Boeing 737-900ER BBJ3.

“The Luxembourg-based aircraft is registered LX-DIO and operated by Global Jet Luxembourg. Its Manufacturer Serial Number (MSN) is 62515 with Line Number 5659.

The 19-seater luxury jet which has a HEX code 4D0213 is configured VIP, has 2x CFMI engines and was delivered to the current operators in November 2015.

“If our government is dealing directly with the operators of the LX-DIO then it is costing the Ghanaian taxpayer at least US$14,000 per hour. However, if our government is leasing the aircraft via brokers or middlemen as it has gained notoriety for in many sectors, you shouldn’t be surprised the Ghanaian taxpayer is being billed between US$18,000 and US$22,000 per hour.

“Using the conservative rate of US$14,000 per hour, the two trips to the UK and Germany which requires some 28 hours of travel distance in and out plus an additional 13 hours of pick up and drop off time, the taxpayer has been burdened again to the colossal tune of US$574,000.00. At the current exchange rate, that is a staggering 3.46million Ghana Cedis.”

Ablakwa wrote: “The Airbus ACJ320neo owned by Acropolis Aviation based in Farnborough, UK and registered as G-KELT is the most luxurious and the most expensive in the Acropolis fleet.

“The manufacturers describe it as “the most outstanding ambassador for Airbus Corporate Jets.” It costs the Ghanaian taxpayer approximately £15,000 an hour when President Akufo-Addo rents it.

“Let’s further analyse President Akufo-Addo’s latest trip to Europe: per Flightradar24, the G-KELT aircraft left Accra with the President to Paris on the 16th of May — a 6 and half hour duration.