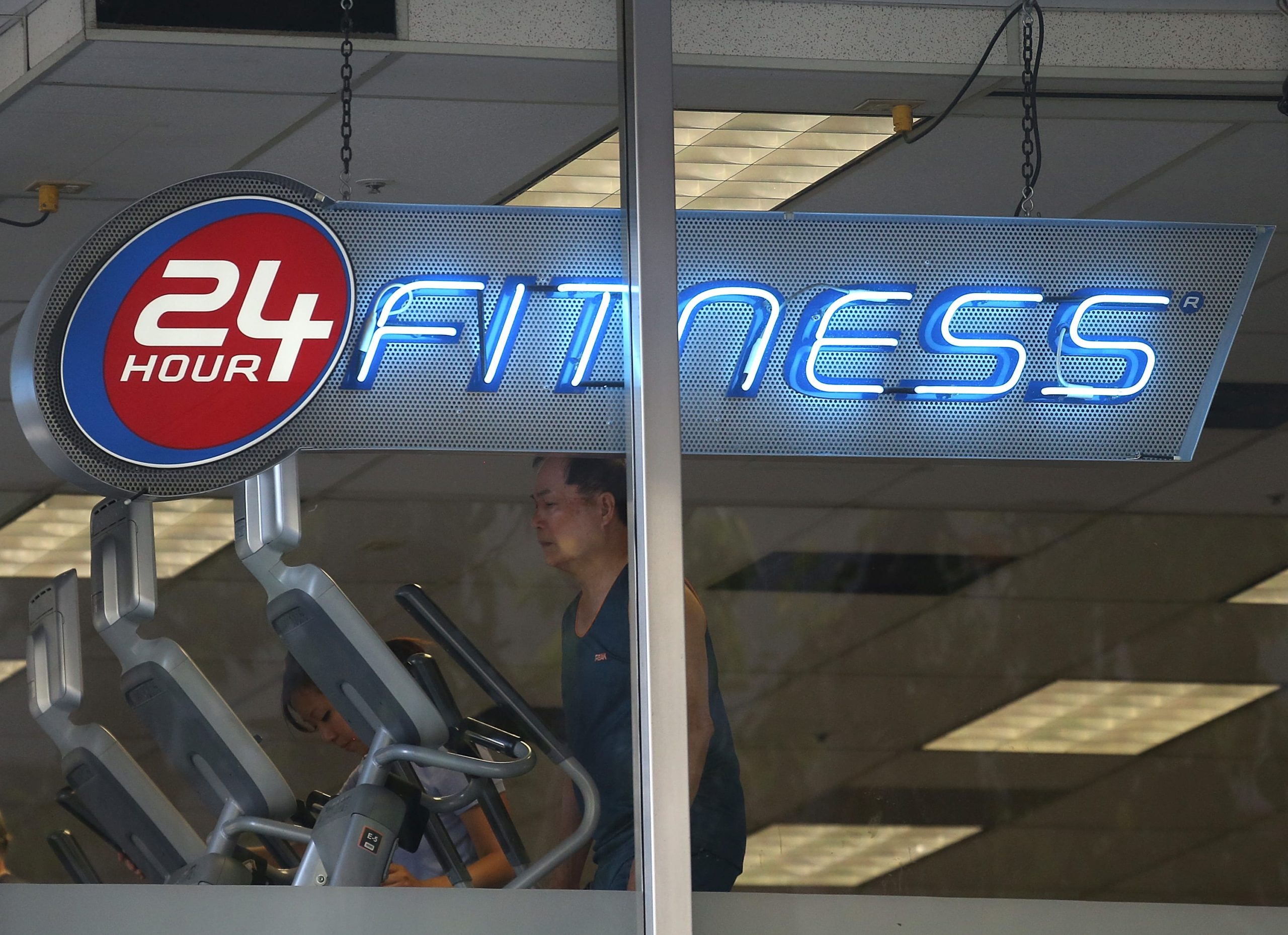 A customer works out at a 24 Hour Fitness center on July 31, 2012 in San Francisco, California.

Gym chain 24 Hour Fitness is working with advisors at investment bank Lazard and law firm Weil, Gotshal & Manges to weigh options including a bankruptcy that could come as soon as the next few months, people familiar with the matter tell CNBC.

The chain is grappling with a heavy debt load, deteriorating performance and a pandemic that forced it to shut its more than 400 clubs. The mid-priced fitness studio is already struggling to compete against premium rivals like Equinox and cheaper competitors like Planet Fitness.

Credit ratings agency Moody’s recently downgraded the chain over worries around its “negative membership trends, very high-interest burden and negative free cash flow prior to the coronavirus outbreak, as well as approaching maturities to provide limited flexibility to manage through the crisis.”

It has an $837 million term loan with a maturity that springs to March 2022 and $500 million in unsecured notes maturing in June 2022, if more than a fifth remains outstanding.

San Ramon, California-based 24 Hour Fitness had roughly $1.5 billion in sales in 2019, and less than $1 million in cash, according to Moody’s. It is controlled by  AEA Investors, which acquired it through a $1.8 billion deal with Fitness Capital Partners and Ontario Teachers’ Pension Plan in 2014.

The people, who requested anonymity because the information is confidential, cautioned that bankruptcy is not definite, and may still be avoided. Spokespeople for Lazard and Weil, Gotshal & Manges as well as 24 Hour Fitness did not respond to requests for comment. AEA declined to comment.

The gym chain is one of many fitness companies that has been under pressure after states ordered they close their doors to help prevent further spread of the virus. 24 Hour Fitness announced on March 16 it was closing all its clubs, later acknowledging the closures may last for “an extended period of time” due to coronavirus.

It has said it would suspend all membership billings effective this week if it was unable to reopen its clubs.

The gym chain’s struggles are emblematic of broader challenges and questions the fitness industry must face. Even after gyms reopen, mounting unemployment may mute appetite for excess costs like gym membership. There remain questions as to how many people will be comfortable working out in a crowded environment.

“We need to limit indoor activities that are purely recreational, especially those where there are a lot of shared surfaces that can be contaminated,” said former FDA Commissioner Dr. Scott Gottlieb.  “Bars and gyms fall squarely in that category.”

Many fitness chains have sought to offer at-home options during the pandemic, but it is unclear how many will be able to generate revenue from those options at a scale large enough to compensate for what may be permanently lost gym memberships.

The industry scored a victory this past week when the administration said gyms would be among the first to reopen business in a 3-phase plan, provided gyms “adhere to strict physical distancing and sanitation protocols.” The decision to open gyms before school as part of the plan raised some eyebrows. Trump has invited a number of high-ranking executives to advise him on plans to reopen U.S. businesses, including The Related Companies’ Stephen Ross, which owns Equinox.

A hit to the gym industry comes as private equity investors have poured money into the space, looking to take advantage of recent trends in health. They’ve also sought to find a new industry to invest in, as retail has been roiled. TPG Growth acquired Crunch Fitness last year; L Catterton has a stake in Soul Cycle-owner Equinox; North Capital Partners owns SLT, Barry’s Bootcamp and other brands.