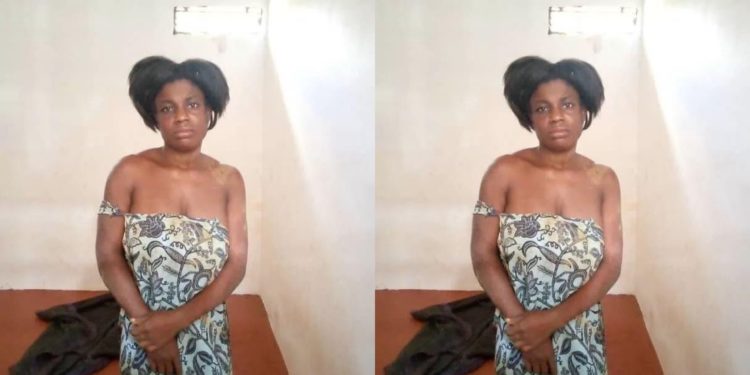 475
SHARES
2.6k
VIEWS
Share on FacebookShare on TwitterShare on WhatsApp

A 27-year-old woman has been arrested after she allegedly beheaded her husband at Bosuso in the Eastern Region.

According to a police report, the suspect, Racheal Tetteh, was found with the murder weapon, a cutlass.

Her husband, Lartey Daniel, aged 35-years, was found on a farm footpath in a pool of blood with a severed head.

Police visited the scene around 7:30 am on Sunday after receiving a report.

His body has since been deposited at the New Tafo Akim Government Hospital.

“The suspect has since been arrested and the cutlass with which she allegedly butchered the deceased is being kept for evidence.”

“The case is under investigations. Any further developments will be communicated,” the statement added.

In recent times, there have been series of such violent attacks and killings in Ghana involving spouses or partners in sexual relationships.