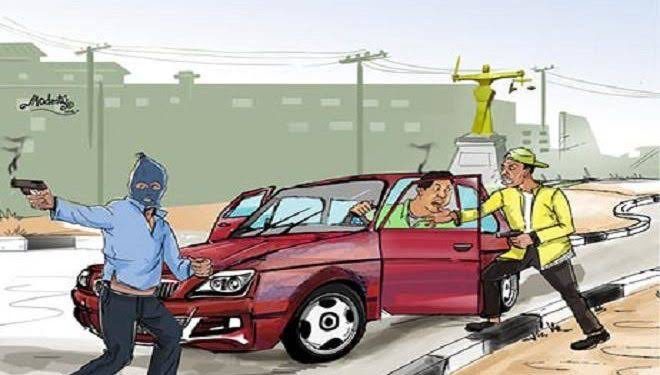 11
SHARES
60
VIEWS
Share on FacebookShare on TwitterShare on WhatsApp

A 30-year-old taxi driver, Kwame Osei Banaman, has been shot and killed with his 2021 registered Toyota Vitz taxi robbed at Greda Estate in Accra.

Police say his body was found in a pool of blood with gunshot wounds on his head.

“We saw him lying in a pool of blood. So while we were trying to organize ourselves to convey the body to the mortuary, one man who claimed to be the owner of the taxi car which the victim was using came to tell us that he knows the victim and that he gave him the car to operate on a work and pay basis.”

He then proceeded to give the car number, the car type, and the colour of the car to us. However, upon inspection of the body, we found gunshot wounds on him.”

DSP Ransford Nsiah called on the public to assist police investigations with relevant information to nab the perpetrators.

“We have information that the perpetrators have removed the car number plate and have embossed another number, but we don’t have the actual number now to confirm it.”

Man Arrested for allegedly killing farmer for chasing his wife