A Tribute To Ohene Nana Abonti Krow from Kevin Taylor: The Story We Never Finished 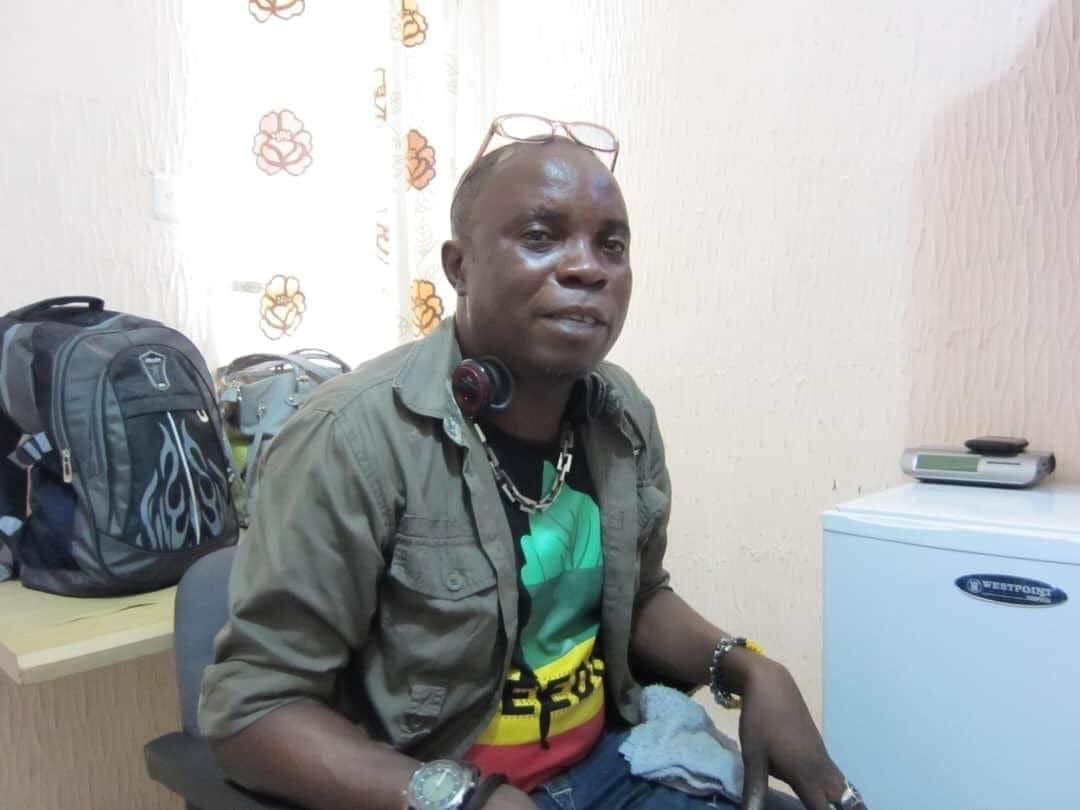 6
SHARES
32
VIEWS
Share on FacebookShare on TwitterShare on WhatsApp

CEO of Loud Silence Media and host of with all due respect Kevin Taylor has shared a copy of the last story he authored with one of the greatest writers in Ghana’s modern day politics OHENE NANA ABONTI CROW.

Kevin Taylor who could not keep the surprise death of his “hidden brothers” death was short of words. The only thing that could come out of kevin Taylor’s mouth after he heard about the sad demise of his “hidden friend” as he prefers to call him wrote on his Facebook page “ LION THAT FINAL ARTICLE WE WORKED ON IS READY” He has shared the article as sign of respect to the late OHENE NANA ABONTI KROW.

GHANA’S POWER GRAB DURING A PANDEMIC.
By Ohene Nana Abonti Krow and Kevin Taylor
Ghanaians are scheduled to vote in the country’s 8th presidential election this year. Since returning to democratic rule in 1992, the nation has been considered one of Africa’s most mature democracies and often praised for its stability, peace and development.

The coronavirus pandemic is threatening decades of electoral progress.
The pandemic is still having a severe impact on the country, with no end in sight. The number of cases continue to increase exponentially creating fear and panic across the country. A hot spot has emerged in a metropolitan gold-mining town, my hometown of Obuasi, and some people think the virus is a hoax. Citizens are not adhering strictly to the preventive measures – like limited gatherings and proper hygiene – because of lack of education and resources. The community spread has began to rise making the situation dire.

Despite limits on gatherings of more than 25 people, the electoral commission has decided to throw out the entire voters register and re-register at least 18 million people. If you have ever seen a polling station in West Africa – you know the long lines, crowds, and chaos this would incur. People would be trading their right to vote for their health. Millions could be disenfranchised as a result.

Medical experts have advised the Ghanaian government and the Electoral Commission to suspend the intended registration exercise to avoid spread of the virus. The number of covid-19 cases in the Eastern province of the country increased exponentially because of a registration exercise the National Identification Authority organised there. People who patronise these centers go there without wearing mask or protective equipments, contributing to the sudden rise in new cases.

The current voters registration list has persisted through three presidential elections and multiple referendums – all producing winners of different political parties. The plan to completely scrap this register and start anew, in the middle of a public health crisis, is nothing less than a power grab.

The lack of electoral accountability in some African countries perhaps explains why, despite the proliferation of democratic institutions across the continent and massive support from donor countries, corruption and poor governance remain persistent problems. Ghana used to pride itself on electoral transparency.

The weak handling of preelection issues in Ghana for instance has reduced the credibility of constitutional body mandated to organise and supervise elections in Ghana to an all time low. This erosion in the people’s confidence in the fairness of the electoral commission, if not checked, could have grave consequences for the future of the country’s democracy. The electoral commission’s independence, fairness, impartiality and efficiency are perceived to be compromised today, thereby endangering the integrity of the whole electoral process which is the very foundation of the country’s democracy.

Decisions taken by the Electoral Commission regarding voter registration sharply contradict the organisation’s mandate stated in ECOWAS’s protocol on democracy and good governance (Section II, Article 2 of the protocol states that “No substantial modification shall be made to the electoral laws in the last six(6) months before the elections, except with the consent of a majority of political actors”).

The largest opposition party, the National Democratic Congress (NDC) for instance, has filed a suit in the Supreme Court challenging the Electoral Commission’s intention to use the Ghana Card and the Ghanaian passport as the only identification documents for the country’s upcoming voters registration exercise. Out of the over 30 million Ghanaians, less than 2 million have Ghanaian passport – the most affluent among us.

The most common triggers for election-related violence are the disagreements among registration in voters list, establishment of electoral administration, and electoral results. Preventing electoral violence requires undoubtedly working in the period when it is expressed: before, during, and after the elections. Before the election, trust should be built between all stakeholders to set the rules of the competition, meaning the legal framework, which ensures integrity of the electoral process.

From all indications, the Electoral Commission of Ghana has not adhered to these practices creating unnecessary tension and suspicions in the country.

The reputation of the Electoral Commission has been severely tarnished and voters faith in the Commission has deteriorated sharply. Until recently, elections in Ghana were a matter of pride. It would be dangerous and negligent to take advantage of a public health crisis to rig an election.