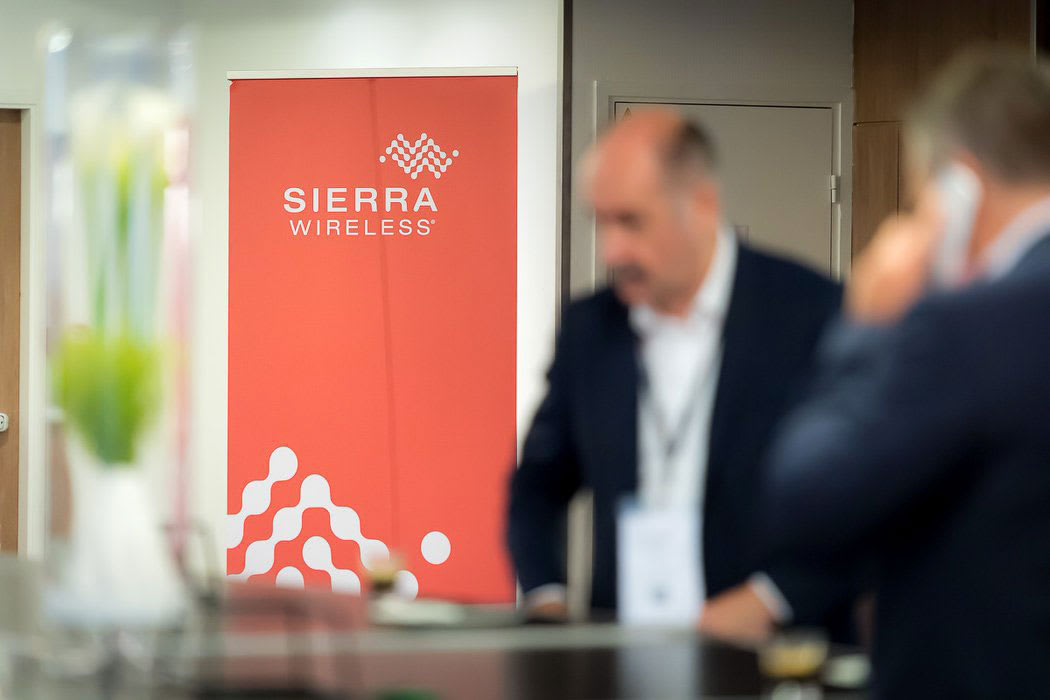 A Sierra Wireless display at a trade show.

Lion Point Capital, run by alumni of Elliott Associates, Perry Capital and Starboard Value, struck an agreement this month with Sierra Wireless, a struggling telecom hardware maker that’s trying to become a software company. We believe Lion Point has a good chance at getting its agenda implemented.

On April 16, 2020, Lion Point and Sierra entered into a cooperation agreement, pursuant to which, among other things, the company agreed to expand the size of the board to 12 and appoint three directors identified by Lion Point.

The company has historically been a manufacturer of hardware. In October of 2018, Sierra appointed Kent Thexton, a 15-year tenured board member of the company and former chief marketing officer of O2 plc (now part of Telefonica), as CEO. Thexton had a vision of becoming a small telecom operator and started the software and connectivity business. To build the business Thexton did several acquisitions that have not yet been fully integrated and hired many new people, including a salesforce of 150 people to focus on software and connectivity.

This has had several adverse effects on the company. First, that division loses $20 to $30 million per year, severely impacting company EBITDA. Second, it took away focus from the core businesses, resulting in a decline in revenue for the wireless modules business. Third, as part of this vision the company aggressively suggested that clients bundle the hardware and software, leading to losses in revenue in the hardware businesses. As a result, the two core businesses went from $615 million in revenue to $600 million and the company’s EBITDA declined from $50 million to less than $10 million.

The first opportunity here is to fix margins. A small improvement in gross profit margin could be made to get the company back closer to 40% from 30% to 35% today. This could be done by moving away from an internal procurement model to an external procurer with more bargaining power and taking away the procurement forecasting from the sales department who generally overpredict demand. But the main margin improvement will come in operating margins. The wireless module business has low single digit operating margins, and should be closer to 9% to 11%; the gateway and router business is at 10% to 12% in operating margins and should be at the high teens. One way to improve margins would be from integrating the company’s three or four ERP systems to give them more visibility to single client profitability. But the main opportunity here would be to close or sell the connectivity business, potentially to KORE Wireless or Aeris, who both do internet of things (IoT) connectivity.

Lion Point is well on its way to getting its way, we believe. Although it only has three of 12 directors, there are already directors on the board who we believe would be sympathetic to Lion Point’s plan. On March 23rd, the Company added Greg Waters to the Board. Waters was appointed to Mellanox Technologies’ board through a settlement with Starboard and although this was after Amoruso left Starboard, Waters certainly understands the value of a plan like this. More importantly, the company’s chairwoman, Robin Abrams, serves on the board of Lattice Semiconductor, where Lion Point has three board seats. She certainly knows Amoruso and has worked constructively with him at Lattice.

Ken Squire is the founder and president of 13D Monitor, an institutional research service on shareholder activism, and the founder and portfolio Manager of the 13D Activist Fund, a mutual fund that invests in a portfolio of activist 13D investments.