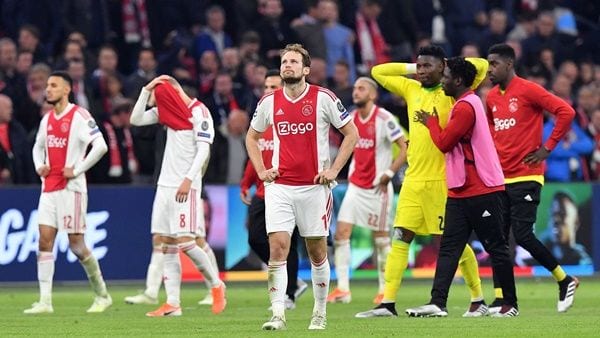 Last year’s champions have been denied, while ADO Den Haag and RKC Waalwijk will remain in the Dutch top flight despite looking set to go down.

Ajax have been denied the Eredivisie title after the Dutch 2019-20 season was ended early due to coronavirus, despite the league’s announcement that current standings will be recognised as final.

The Eredivisie was ended following an announcement from prime minister Mark Rutte stating all football matches are forbidden until September 1.

As a result, the current table has been made final, although Ajax will not be awarded the title for finishing first with the Eredivisie not having a designated champion for the first time in the league’s 64-year history.

The last time there was no champion crowned in Dutch football was during World War II, with the Eredivisie yielding a winner every year since it was founded in 1956.

The decision to finalise the table was made after UEFA asked the Dutch federation to maintain the current standings to decide which teams are awarded spots in European competition.

Ajax will head straight to the last round of Champions League qualification despite being level on points with AZ Alkmaar, who will enter in the second round of qualifiers.

In a normal scenario, Ajax would have gone straight into the group stages if the winner of the current competition qualified via winning its own league, but Ajax is now expected to go into the qualifiers as a result of the uncertainty surrounding this season’s Champions League.

The decision to award Willem II with a Europa League spot is a controversial one as the fifth-placed club played one more match than sixth-placed FC Utrecht, who sat three points behind with a far superior goal difference.

FC Utrecht also could have qualified for the Europa League via the KNVB Cup, but the competition’s final against Feyenoord will not be played and there will be no winner of the competition.

Additionally, ADO Den Haag and RKC Waalwijk will remain in the Eredivisie next season after the Dutch federation opted to not promote or relegate any teams based on this season’s results.

The decision was made by the KNVB on Friday following a club vote after the federation stated that it was not an option to increase the league to 20 teams from the current 18.

With the decision, Cambuur and De Graafschap will remain in the second division despite being on course for promotion to the Eredivisie.

RKC Waalwijk were well on their way to relegation, sitting on just 15 points after 26 matches, while Cambuur were well tipped to go up as they maintained a four-point lead on top of the second division.

Protests are expected in the coming days as a result of the decision, with the second division sides denied the chance to move up.

Cambuur head coach Jan de Jonge told NOS: “This feels like the biggest disgrace in the history of Dutch sports. I always intend to see the best in people and their choice-making, but this is unworthy to the sport.

“We had UEFA on our side, the clubs were on our side and we were eleven points ahead, so I don’t know what happened. The UEFA asked for fair decisions, but this isn’t one.”