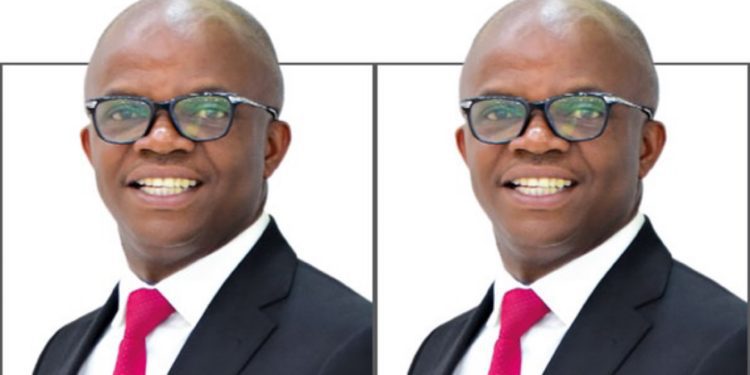 Stephen Amoah, Nhyiaeso MP and a member of the Finance Committee in Parliament, has debunked John Dramani Mahama’s claims that Nana Addo Dankwa Akufo-Addo has mismanaged Ghana’s economy like never before.

Speaking on Joy FM’s News Night programme, the former Chief Executive Officer of the Micro Finance and Small Loans Centre (MASLOC) despite acknowledging that there is hardship in the country, stated that it is something that is happening globally and the current administration cannot be blamed for that.

“Nobody disputes the fact that Ghana, just like any other country around the globe is going through some sort of hardships and economic crisis. I think we should look at other places if this is not true. For about forty years now, US is experiencing the highest inflationary rate, UK moved from 1 to 4, which is about 200 per cent. So we need to analyze all these things in the context that we are talking about. Then we can do proper trend or comparative analyses. We even have some of the economic parameters still doing far better than what we took over.

“So, I think the former President, as much as he is actually saying what is prevailing in terms of hardships in the system, which that one I agree, he is rather doing politics more than trying to analyze issues in the right context and offer better alternatives. If you go this way then we will all move beyond probably our professional ethics and performance. Even today that policy rate has been increased by about 250 basis points, it is still far lower than what we took over, lending rate is still far lower than what we took over. The economy has met uncontrollable global factors, this is a fact.

“If you have an economy that went through over 22 months of impaired productivity which is not your fault, is it government’s fault that restaurants and shops had to close down? I don’t think it was our fault that the private sector had to sack about over forty thousand workers, I don’t think it is the fault of this government that fuel prices moved all-time high, these are major issues around the globe. Under Mahama, we didn’t have these problems with these same causative factors, no but what happened? We had lending rate moving to about forty percent,” he said in the Joy FM interview.

Stephen Amoah was reacting to former President Mahama’s accusation that the Akufo-Addo administration is superintending over general incompetence, corruption and waste of scarce resources, which has led to the poor state of the economy.

Mahama also criticised the President’s management of pro-poor policies and the high unemployment rate among the youth.

According to Mr. Mahama, the current state of the economy is an issue that requires prudent measures by government.

“We have gathered for this launch at a time of great economic and social distress for the people of Ghana. The Akufo-Addo led government that came to power on the back of mouth watering promises to make life easier for Ghanaians and ensure rapid development of our country has so badly mismanaged the economy that we have been plunged into the most debilitating economic crises in about four decades,” he said at a ceremony to launch an app for TEIN members in Accra.

Meanwhile, the Finance Minister, Ken Ofori-Atta, is expected to address the nation this week to communicate key measures taken by the government amid the current challenges.