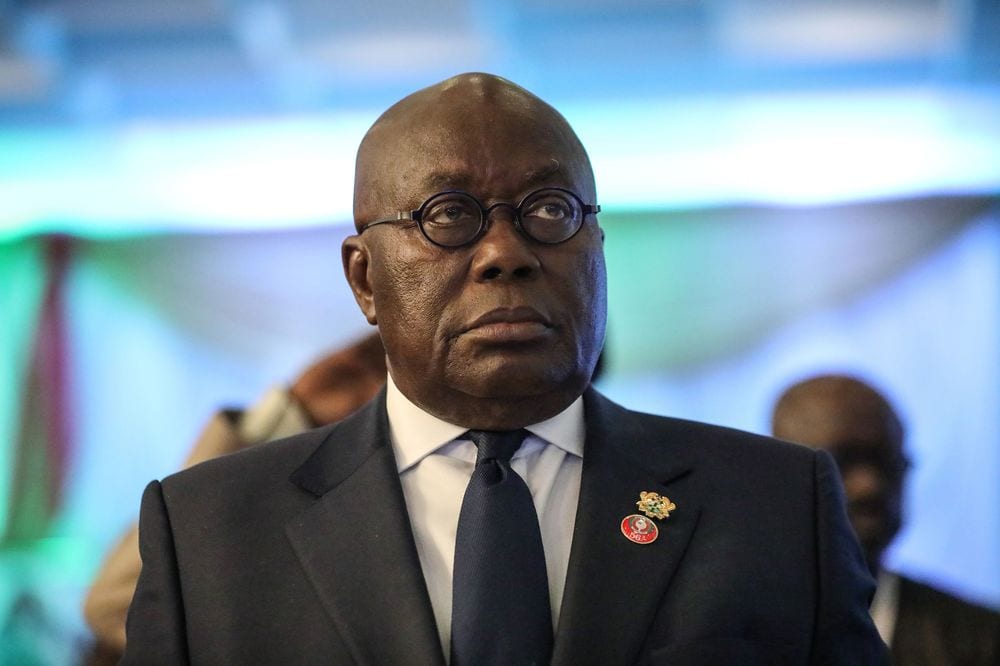 Popular US-based Ghanaian Investigative Journalist, Kevin Ekow Badu Taylor says the inconsistency in the lies of President Akufo Addo is something every rational person could see is hunting the President. This, he said was in response to the inaugural address of the President held yesterday at Parliament House.

Speaking at the short held event which was under heavy security protection and strictly by invitation, President Akufo Addo who didn’t look too happy because the NDC and His own elected NPP MPs teamed up to vote against Professor Mike Ocquaye his choice for a speaker and instead voted for Alban Bagbin a former NDC legislator said his second term as President is going to focus on making Ghanaian lives better and consolidating the gains his government has made over the last four years.

The President said this year will be the continuation of the “Year Of roads” agenda vis-a-vis building a strong economy post-Covid era.

He also said the introduction of Planting for food and Jobs has made food prices cheaper than any other period in the history of Ghana.

Even though maize is reported to be in short supply with poultry feed increasing forcing poultry farmers to increase prices of eggs and other food products the President believes otherwise.

Just as no speech of his is incomplete without Free SHS, President Nana Akufo Addo again added that he has set the pace for Ghana to become a full elite country with citizens having at least secondary school education with the introduction of free senior high school education and that he believes among other good reasons are why Ghanaians renew his mandate to continue to govern for a second consecutive term.

But in direct response to the President, Mr Kevin Taylor said whoever listens to President Akufo Addo with attention over the years can see the trend of his lies.

He asked Ghanaians to ask the President what happened to the super fantastic economy he bragged about Building ever since he became President?

“The President is a liar, yes he is, as uncomfortable as this may sound, it is the truth that President Akufo Addo is only good at lying.

You see, when I say some of these things, it is never because I hate Nana Akufo Addo or his Government but it is the simple truth many Ghanaians are aware of.
When you listen to the President, his speeches are just recycling of the old promises he made over the years that he has not fulfilled.

He knows he has not achieved anything but he will keep you in suspense by creating the impression that he is charge of managing the country while he is not.
It is his cousin Gabby and Asante Bedietuo who calls the shot at the Presidency and tells him the President what to do or say.

President Akufo Addo is only behaving like a ceremonial President. He only reads what Gabby and Bedietuo write for him to read to the public and because he is not involved or not in touch with these things every intelligent person can read between the lines that they are all fabricated lies.

Ask your President where are the roads he promised to build in 2020 when he said it is the year of roads?
Where are the hospitals, what happened to the resilient economy he said he has built?
They are all lies because they simply don’t exist period.

Kevin Taylor further added;
“There is a reason to which President Akufo Addo is always protected from coming up against smart journalists who will ask him intelligent questions.
When was the last time you saw Akufo Addo coming up against a smart journalist?
His handlers know and the President himself knows that he will be exposed big time if he tries that.
The President said before election that he was going to build 88 new hospitals, before you believe any further promise he makes in building hospitals, first ask him where the ones he promised first ?
Those hospitals he promised don’t exist and the ones he’s promising will never be built, he is just a liar, yes he is and his 2016 lies are still hunting him and it will hunt him till he exit power because he does not have a plan.

Today, Ghanaian Universities are going to run a double-track system like free SHS because there is no leadership.
Napo, the minister of education is only good at speaking nonsense without a clear cut plan” he added on With All Due Respect on Loud silence radio and Television which stream live on Weekdays between 8pm-10 pm Ghanaian time.”