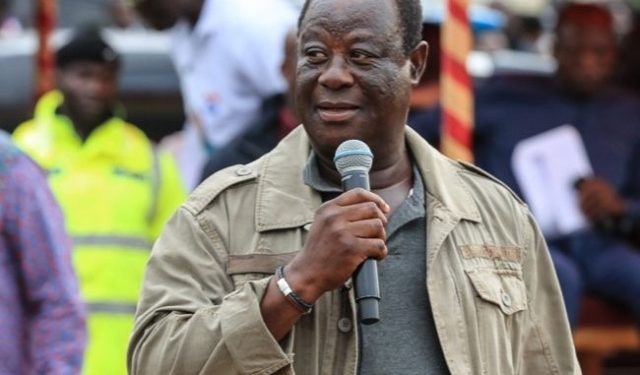 24
SHARES
134
VIEWS
Share on FacebookShare on TwitterShare on WhatsApp

Roads and Highways Minister Minister Kwasi Amoako-Atta has promised road contractors in the country their outstanding debts will be paid in full if the controversial e-levy is passed.

You are going to benefit directly from its implementation. No serious government will joke with its contractors,” the Minister told the leadership of the Road Contractors Association in a meeting on Monday

The Minister also hinted booths which were used for the collection of tolls in the recent past will be used for places of convenience following concerns by the roads safety commission.

“We even want to refurbish all those toll booth structures to provide proper and decent washrooms for use by motorists to avoid situations where motorists stop to ease themselves indiscriminately.”

The E-levy has been heavily challenged by the opposition NDC MPs and a section of Ghanaians.