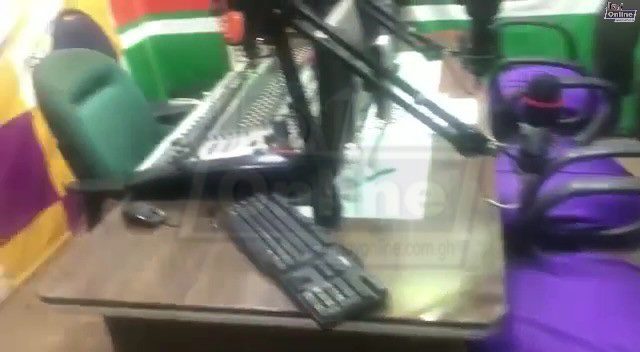 185
SHARES
1k
VIEWS
Share on FacebookShare on TwitterShare on WhatsApp

A local radio station in Elmina, Benya FM, in the Central Region, was attacked on Monday by unknown people.

According to reports, the radio station was discussing matters of non-availability of premix fuel and how those who are not fishermen were given the product to the detriment of fishers who need it.

According to eyewitnesses, in the middle of the discussion, some muscularly built men stormed the station, disrupted the discussion, pulled down some equipment, and beat up the presenter.

The radio station immediately went off air and is yet to resume transmission.

The Elmina District police was called to intervene, but no arrest has been made yet.

The police say investigations are underway.