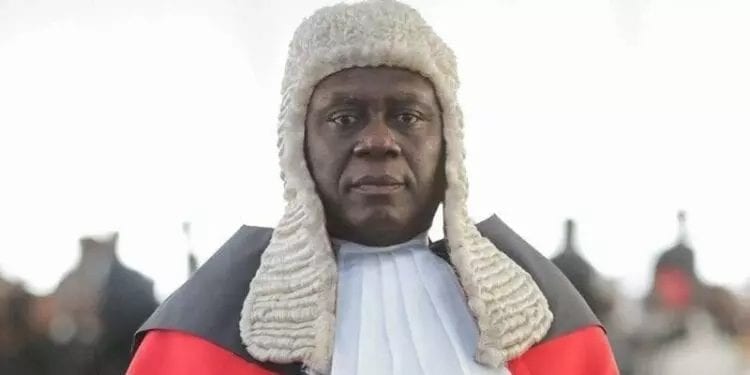 123
SHARES
683
VIEWS
Share on FacebookShare on TwitterShare on WhatsApp

The Chief Justice of Ghana, Justice Kwasi Anin-Yeboah has denied allegations that he demanded a bribe of Five Million United States Dollars ($5 million) from one Ogyeedom Obranu Kwesi Atta IV, a party to case before the Supreme court, for a favorable judgement.

A letter to the Criminal Investigations Department of the Ghana Police Service signed by the Judicial Secretary, Justice Cynthia Pamela Addo, said the Chief Justice is “saddened” that his name has been dragged “into this sordid and potentially criminal matter”.

According to Chief Justice he does not know the person in question and has neither demanded nor received any money.

His Lordship confirms that he does not know the plaintiff and has not met or seen him anywhere, except in the court room when he rises to announce his name when his case is called. His Lordship asserts that he has had no personal interaction either with the plaintiff or his lawyer on this matter or in any other matter. His Lordship further asserts that he has not demanded or received any money from any person to influence any decision in this matter or any other matter.”

He thus wants the CID to investigate the matter.

“To ensure that this matter is fully investigated, His Lordship has directed that a formal complaint be made to the Criminal Investigations Department of the Ghana Police Service for investigations and any necessary action. He has further directed that a Petition be lodged with the Disciplinary Committee of the General Legal Council in respect of this specific matter.”

Bawumia commended for paving way for thousands through online scholarship

Bawumia commended for paving way for thousands through online scholarship