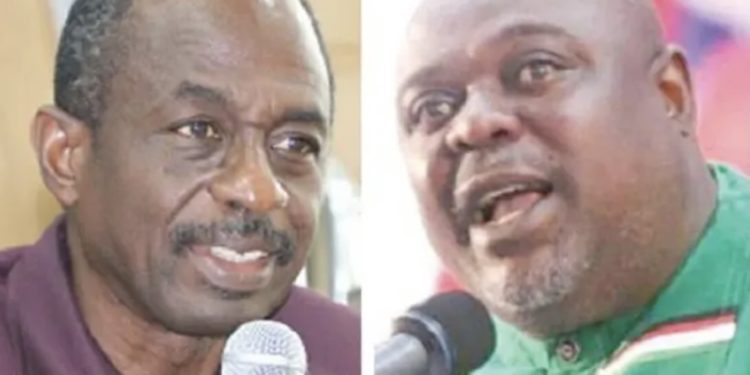 64
SHARES
358
VIEWS
Share on FacebookShare on TwitterShare on WhatsApp

“Johnson Kwadwo Asiedu-Nketiah has bitten more than he can chew. His perfidious cup has run over,” he said in a tweet.

He had dared Mr Asiedu Nketia to come out with any shred of evidence suggesting he created problems for the late Professor John Atta Mills while serving as Presidential Spokesperson.

Johnson Kwadwo Asiedu-Nketiah has bitten more than he can chew. His perfidious cup has run over.

He said all the reasons adduced by the NDC General Secretary to back his supposed expulsion of him are “utter hogwash”.

In a letter to Mr Asiedu Nketia on Wednesday, August 18, Koku Anyidoho reiterated: “I have been and continue to remain a very loyal member of the NDC – glued to our values of unity, stability and development”.

He has, therefore, given the party 72 hours within which period they have to retract the notice of expulsion and, consequently, set aside the recommendations of the Disciplinary Committee against him.

“I hope that you shall accede to my demand such that in line with the spirit of the Constitution of the NDC, we are able to bring finality to this matter internally. Else, I shall be forced to seek redress in the courts of law that are characteristically, not partial to exercising equity and fairness in all matters.”

This follows a similar letter dated Monday, August 2, 2021 and written by Mr Anyidoho to Mr Asiedu Nketia, demanding information on his supposed expulsion since he had not received any correspondence on the process.

The former General Secretary-aspirant raises concerns how a respectable party like the NDC with learned and esteemed persons could make such “juvenile” and “ill-advised” procedural blunder.

“I shall not be pushed out of the NDC for reasons borne out of nothing but malicious perfidy,” he concludes his latest letter, which was copied to party bigwigs like Speaker of Parliament Alban Bagbin and Council of State member ET Mensah but not the only living former president of NDC stock, John Mahama.