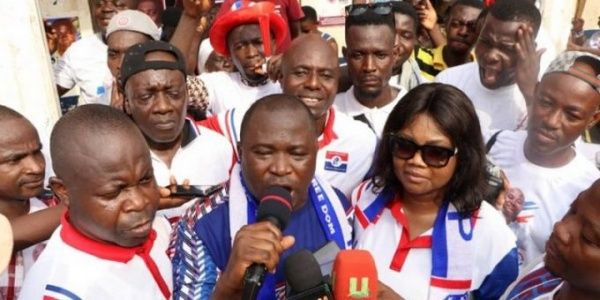 A parliamentary aspirant on the ticket of the New Patriotic (NPP) in the Akyem Oda constituency, has condemned the contents of an audio tape aired on a local radio station, relating to the upcoming NPP primaries in the area.

Alexander Akwasi Acquah described the contents of the audio, which sought to convince NPP delegates to vote for him to represent the governing party in the Oda constituency of the Eastern Region, based on ethnic lines, as divisive.

He said such remarks have the tendency to create disunity among the party. supporters.

“My campaign team dissociates itself completely from the content of the audio, and condemn it unequivocally.

“We wish to also state, categorically that no member of my campaign team is the source of that audio,” the aspirant wrote in a statement copied to the media on Friday.

The audio was reportedly aired at about 9 pm on Thursday on Akyemansa FM, a private radio station in the Akyem Oda municipality.

The parliamentary hopeful, who is also the CEO of The Community Hospitals (TCH) Group stated, “As an astute entrepreneur and a trained communicator, I have had dealings with people from diverse cultural, ethnic and religious backgrounds and therefore, would not approve of comments that border on disunity among the people of Akyem Oda; a proud, hospitable and loving people.”

“The audio is in bad taste and does not in any way represent my nature, persona, and vision for the Constituency. The language and sentiments expressed in the audio are shameful and unacceptable. I strongly condemn this act and call on all well-meaning people in the Akyem Oda constituency and it environs to disregard the audio and treat it with the contempt it deserves,” he added.

Mr Acquah, a former journalist with Accra-based Peace FM, is contesting the incumbent MP, William Agyapong Quaittoo, who has served two terms and is bidding for a third term.

The primary, which was originally scheduled for April 25, has been postponed due to the coronavirus pandemic.

The party hierarchy is expected to announce a new date for the conduct of the internal polls before the December general elections.

A Call for ‘Urgent’ Global Action to Prevent Suicide

A Call for 'Urgent' Global Action to Prevent Suicide