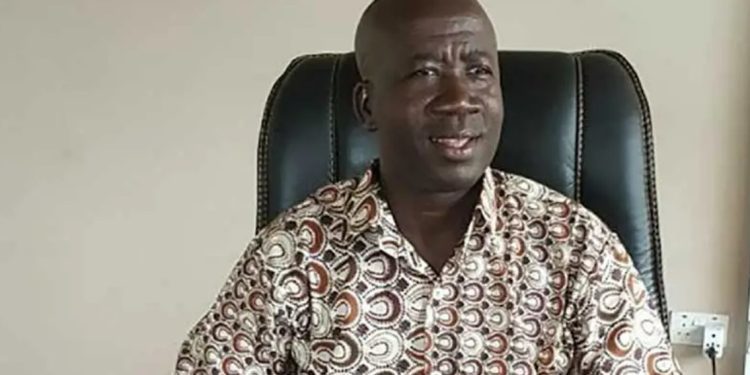 Assembly Members at Bosome Freho District in the Ashanti Region have kicked against a presidential intervention to get them to rescind a decision to pass a vote of no confidence in the District Chief Executive (DCE) for the area.

The Assembly Members have accused the DCE, Yaw Danso of causing divisions within them and withholding resources meant for their work.

A delegation from the Jubilee House led by the Ashanti Regional Minister, Simon Osei Mensah, was in the District to address outstanding issues. But the Assembly Members maintained their stance to ensure the DCE is removed from office.

“We cannot work with the DCE in Bosome Freho. We want the president to as a matter of urgency save the shame that he has brought to himself. Either he promotes him to the Presidency, Regional Minister or Regional Chairman.”

“He can take him to those places, but for him to remain as DCE for Bosome Freho, we cannot contain that. We acknowledged and respect the President’s delegation that came but unanimously we have said we do not want the DCE for Bosome Feho again.”

They have accused the DCE of instigating divisions and hoarding resources meant for assembly members.

The Assembly Members who have begun the vote of no confidence processes against the DCE have accused him of keeping motorbikes meant for them, and inciting community members against them.

But attempts to reach the DCE for comment have been unsuccessful.

Meanwhile, a group of Concerned Assembly Members in the Bosome Freho District is contesting a move by some members of the assembly to have the DCE removed.

The group said accusations levelled against Yaw Danso by their colleagues are untrue.

Samuel Acheampong, one of the opposing assembly members who represent the Adeito Electoral Area, said the move by his colleagues would create confusion in the area.

“We want the party in Bosome Freho to be united, so we are signalling all political parties in the assembly to take themselves out of the issues in the constituency”, he said.