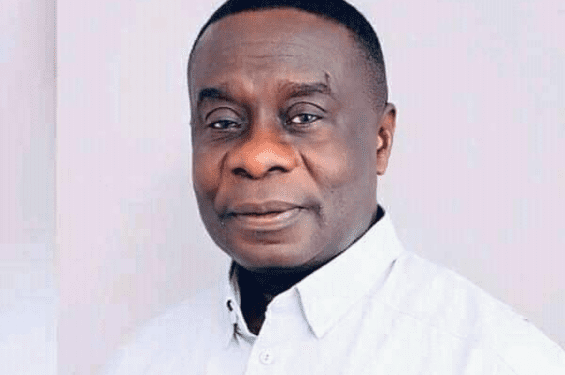 91
SHARES
506
VIEWS
Share on FacebookShare on TwitterShare on WhatsApp

Assin North MP, James Gyakye Quayson, has pleaded not guilty been to charges including forgery, the deceit of a public officer, knowingly making a false declaration and perjury.

The High Court in July 2021 annulled the Assin North Parliamentary elections saying Mr Quayson was not eligible to contest the polls.Mr Quayson has since been legally fighting to set this aside with the matter currently pending at the Court of Appeal.A resident of the constituency Michael Ankomah Nimfah who initiated the action against the MP at the High Court has sought the intervention of the Supreme Court to stop the MP from performing Parliamentary duties.

That matter remains pending as court officials have been unable to serve the legislator with the court processes.

The Attorney General’s Office this year filed criminal charges against the legislator. Mr Quayson who has not been in court on at least two occasions was present in court on Tuesday.

His lawyer, Tsatsu Tsikata urged the court not to proceed to take the plea of the MP due to some constitutional issues.

He argued that documents filed by the AG as the basis for the charge sheet raise issues that require interpretation of some constitutional provisions. This he insisted is a task reserved for only the Supreme Court.

Deputy Attorney General Alfred Tuah Yeboah told the court no issue of interpretation arises. He said the business of the day was to have the accused person respond to the charges in accordance with the law.

Justice Mary Nsenkyire ruled in favour of the Deputy AG and directed that the accused person’s plea be taken.

Mr Tuah Yeboah briefed the court on the facts of the case;

“The brief facts of this case are that the accused person James Gyakye Quayson is the MP for Assin North Constituency. The complainant, Richard Takyi-Mensah is a teacher and a resident of Yamoransa in the Central Region of Ghana.

“On July 26, 2019, the accused person signed an application form for a Republic of Ghana passport. He indicated that he is a Ghanaian and does not have dual citizenship in the application form

“The accused at the time held Canadian citizenship issued on 30th October 2016 but failed to declare same on the application form. The passport application of the accused person was vetted on the 29th of July 2019.

“Based on this false information together with the other information provided by the accused person on the passport application form, he was issued with a Ghanaian passport, number G2538667 on August 2, 2019.

“Again, before the 2020 General Elections of Ghana was conducted on December 7, 2020, nominations were opened between the 5th and the 9th of October 2020.

“The accused person picked up nomination forms to contest for the position of Member of Parliament for Assin North Constituency.

“The accused person at the time was a Ghanaian and a Canadian citizen, making him a dual citizenship holder. He was therefore disqualified under Article 94(2)(a) of the 1992 Constitution of the Republic of Ghana to be a Member of Parliament.

In part IV of the nomination forms of the Electoral Commission of Ghana, the accused person used a statutory declaration which he had sworn to on 6th October 2020 before the District Court Registrar at Assin Fosu stating that he does not owe allegiance to any country other than Ghana.

He contested for the position and subsequently won the seat. The accused person was issued a Certificate of Renunciation of his Canadian citizenship dated 26th November 2020, about forty-eight days after he had made the false statutory declaration and filed his nomination forms.

“In his cautioned statement to the police, the accused person claimed that at the material time, he honestly believed that he did not owe allegiance to any other country. The accused person was subsequently charged with the offences in the charge sheet.

“It is based on these facts that the accused person, James Gyakye Quayson has been arraigned for trial.”

Mr Quayson was then granted bail in the sum of 100,000 cedis with one surety. He’s also to deposit his passport at the court registrar’s office.

The case has been adjourned to March 15.