Bagbin is frustrating Us, If Oquaye were elected as Speaker, Gov’t business would proceed smoothly- Gary Nimako 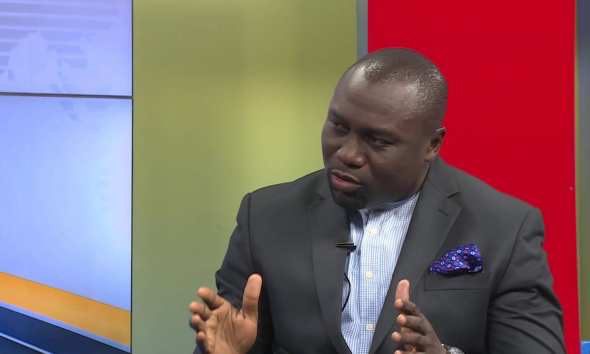 168
SHARES
931
VIEWS
Share on FacebookShare on TwitterShare on WhatsApp

A member of the NPP Legal and Communications Team, Gary Nimako Marfo, has said that the two NPP MPs who voted for Alban Bagbin to be the Speaker of Parliament caused the government’s challenges.

He indicated that if the two New Patriotic Party (NPP) members of Parliament (MPs) had voted for NPP sponsored candidate, Prof Aaron Mike Oquaye, the government would not be having challenges moving on with its business.

He also said that the Assin North MP, who had an injunction for him to seize to hold himself as an MP, should also not have voted during the vote for the Speaker.

“… but where did we get to, why did we get to where we are now? … I blame the two members of Parliament on our side who voted for him [Alban Bagbin] as Speaker of Parliament. That’s the beginning of all these problems. We should not forget that on the day of the voting, an injunction had been secured in the Assin North case, served to the Clerk of Parliament.

“… we are now confronted with the situation where we have the Speaker who is on the side of the opposition, and it’s very clear. So clearly, if one person is absent, or two are absent, it means the party in power is in trouble of completing the government business,” Marfo said.

He said this in an interview on Joy News’ Newfile on Saturday, February 26, 2022, monitored by GhanaWeb.

On the way forward, he said the Speaker should be patient with the MPs, adding that there has to be some understanding among factions in the Parliament for the good of the country.

“What I think ought to happen is that Mr Speaker, Alban Sumana Bagbin, should please calm down a bit. It appears that the manner with which he is speaking, and his conduct and everything is going, I’m clear in my mind that he appears to be on some turf with his MPs and maybe the First Deputy Speaker of Parliament.”

“… But I have heard Honourable Joe Wise speak; I think there should be some form of cordiality between the two of them,” the NPP legal team member added.

Government rejects claims salaries may not be paid in 3 months