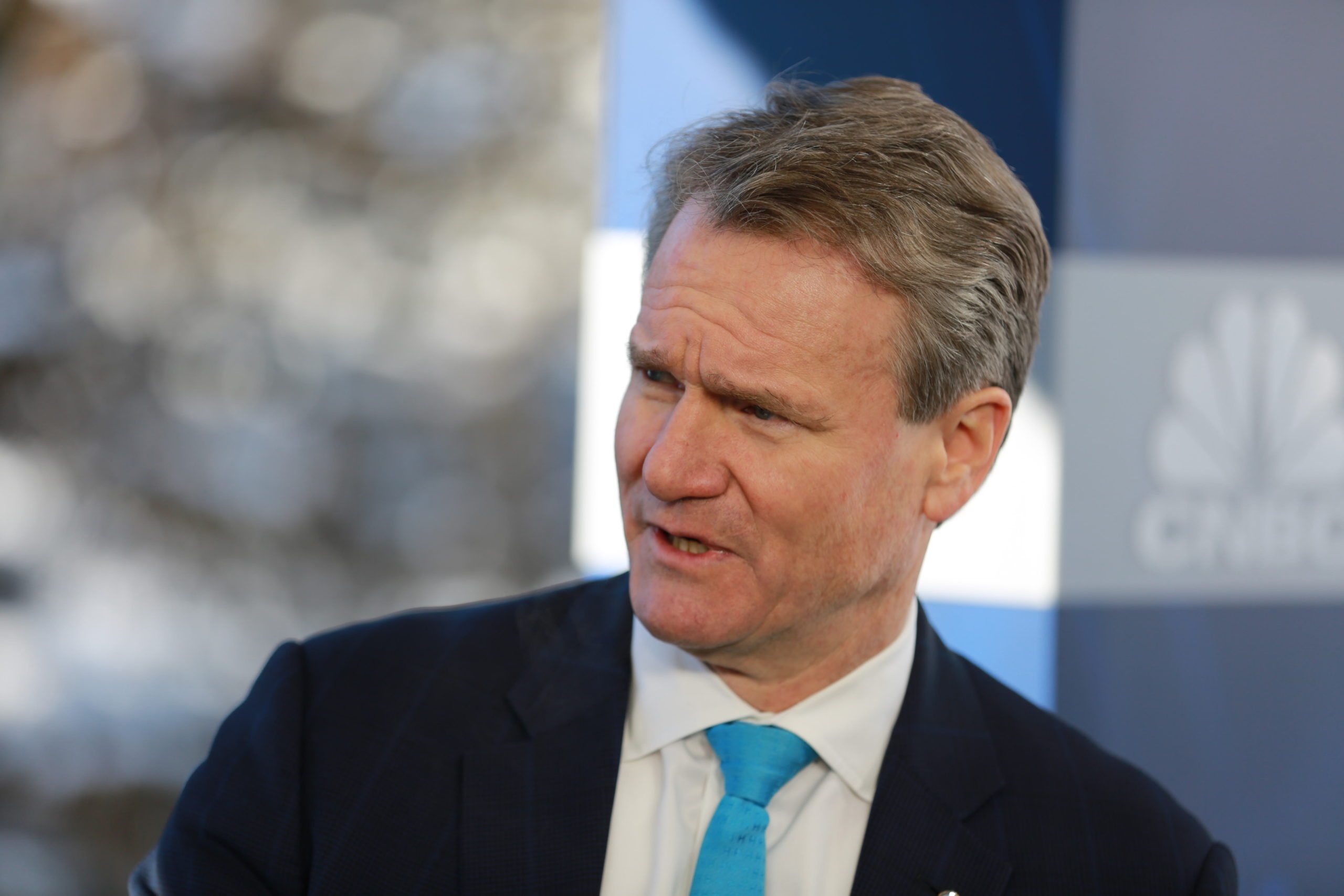 Bank of America CEO Brian Moynihan speaking on Squawk Box at the WEF in Davos Switzerland on Jan. 20th, 2019.

Bank of America CEO Brian Moynihan said Sunday that the small business loan program passed by Congress should be expanded so that it no longer runs on a first-come, first-served basis.

“It’s clear that between Congress, the administration and the American people, we need to get all these funded and not make this a foot race. Just get the work done,” Moynihan said on CBS’ “Face the Nation.”

Moynihan, whose bank was the first major lender to launch its application portal for the first round, said there is “great debate” as to how much the program needs but said the government should commit to fully funding it until the eligible businesses can get the money.

“The difference between this program and unemployment is if you qualify for this program, it’s like getting unemployment authorization and then having a foot race to the office,” Moynihan said. “We need to take away the first-come, first-served aspects of this and make sure it’s fully funded, because at the end of the day, it’s going to where people want it: small businesses, 25% in our case to businesses in low and moderate income neighborhoods, business with small numbers of employees. We just need to finish the funding and finish the work.”

The program offers loans to small businesses that can be transformed into grants if the businesses meet requirements for spending on payroll. The program received criticism for allowing some large public companies to access the money, leading the Treasury Department to issue new guidelines last week. Some larger companies have since said that they will return the loans.

Treasury Secretary Steve Mnuchin said earlier Sunday that he would like to see the money in the second round of funding run out quickly because that would mean it was getting to businesses that need it.

“To me it’s not a matter of how long it lasts. Actually, I think the sooner the money is disbursed the better,” Mnuchin said on “Fox News Sunday.” “The first round impacted about 30 million workers. I think this round will be about the same. That’ll be close to 50% of the private work force. So I actually hope we run out of money quickly so we can get that money into workers’ pockets.”

Mnuchin said that further spending, whether to help small businesses or states faced with rising health care costs and plunging tax revenue, would need to be agreed upon on a bipartisan basis.