Between now and 2025 there will no agreement in parliament – MP for Ningo-Prampram, Sam George. 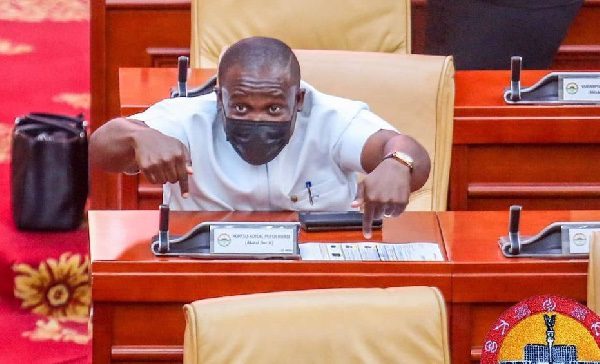 225
SHARES
1.3k
VIEWS
Share on FacebookShare on TwitterShare on WhatsApp

The MP for Ningo Prampram Hon.Sam George has sent a strong signal to the ruling NPP that their dishonesty and lack of transparency will cause them a lot of havoc from now till 2024 because every single Government business, minority will demand voting without consensus.

He said this whole speaking on Joy News Channel.

Honourable Sam George said the NPP and it’s so called Peace Talkers have consistently demonstrated bad faith and should never be a party that should be trusted on issue of building consensus.

His comment is In reaction to a recent ruling by the Supreme Court suggesting a deputy speaker presiding can vote when the standing orders of Parliament stated otherwise.

The 2020 elections brought about a hung parliament with both sides of the house having almost equal powers.

The ruling government are stuck in passing E-Levy a bill most Ghanaians have registered their displeasure about but looks like the government is bent on using every means to pass it.

Among making sure they frustrate some members of the NDC in parliament with court summons, the Supreme Court under Akufo Addo has sided with every single matter brought before them.

It is in this spirit Sam George has said the minority has nothing to lose if Government decides to go this way because they will also make sure they take entrenched positions and make sure they do not compromise on anything.