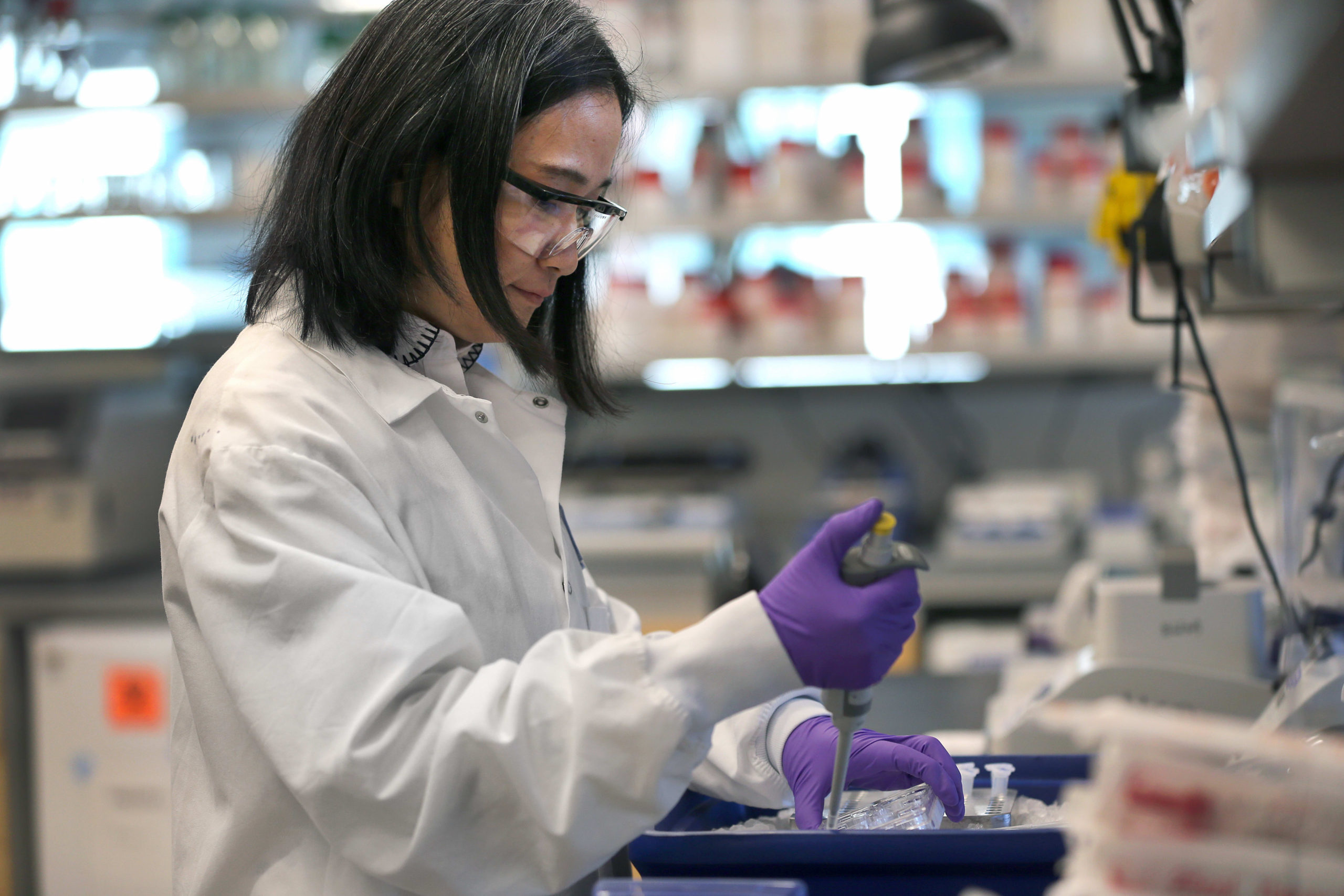 Scientist Xinhua Yan works in the lab at Moderna in Cambridge, MA on Feb. 28, 2020. Moderna has developed the first experimental coronavirus medicine, but an approved treatment is more than a year away.

Biotech stocks surged Friday after new details on a closely watched clinical trial lifted hopes that scientists may be close to a treatment for the coronavirus, which continues to maintain its foothold across the globe after emerging a little over three months ago.

The IBB, an ETF that tracks biotech’s biggest players, was up more than 2% Friday after health-care publication STAT News revealed early impressions from one of Gilead Sciences‘ clinical trials for antiviral drug remdesivir. The University of Chicago found that patients with Covid-19 had “rapid recoveries in fever and respiratory symptoms” and were discharged in less than a week, according to STAT.

While infectious disease experts caution against jumping to conclusions, saying the new details of the Gilead trial are purely anecdotal, retail investors are “hungry” for good news on the virus, analysts say. Those investors could be taking their hunger and channeling it into buying shares, they said.

“You could argue [Gilead] buyers are hungry for good news while Moderna buyers are starving for it,” said Mike Bailey, director of research at FBB Capital Partners and a former health-care analyst at Stifel.

There are no proven therapies to treat Covid-19, which has infected more than 2.1 million worldwide and killed at least 147,384 as of late Friday morning, according to data compiled by Johns Hopkins University.

Health officials say producing a vaccine to prevent the disease will take at least 12 to 18 months, making finding an effective drug treatment soon even more crucial as many businesses seek to reopen as early as next month.

Remdesivir has shown some promise in treating SARS and MERS, which are also caused by coronaviruses. Some health authorities in the U.S., China and other parts of the world have also been using remdesivir, which was tested as a possible treatment for the Ebola outbreak, in hopes that the drug can reduce the duration of Covid-19 in patients.

Former Food and Drug Administration Commissioner Scott Gottlieb said while the new details from the Gilead trial are hopeful, they are “not a slam dunk.”

“If it does work, I don’t think this is a cure,” he said Friday during an interview with CNBC’s “Squawk Box.” “I don’t think this is going to be the one drug answer to this disease, but it can change the contours of the disease and mitigate the worst outcomes for some patients.”

Infectious disease experts and analysts caution the severe study is “single-arm,” meaning it will not evaluate the drug against a group of patients who didn’t receive the drug.

“While a highly encouraging anecdote, we reiterate that this is an anecdote from one trial site and is not a substitute for the full data sets including data from the control arm of the moderate trial,” Credit Suisse analyst Evan Seigerman said in a note to investors Thursday.

In a statement to CNBC, Gilead said, “[T]he totality of the data need to be analyzed in order to draw any conclusions from the trial.”

A University of Chicago spokesperson said, “Partial data from an ongoing clinical trial is by definition incomplete and should never be used to draw conclusions about the safety or efficacy of a potential treatment that is under investigation.”

A Moment of Panic, Then Teamwork