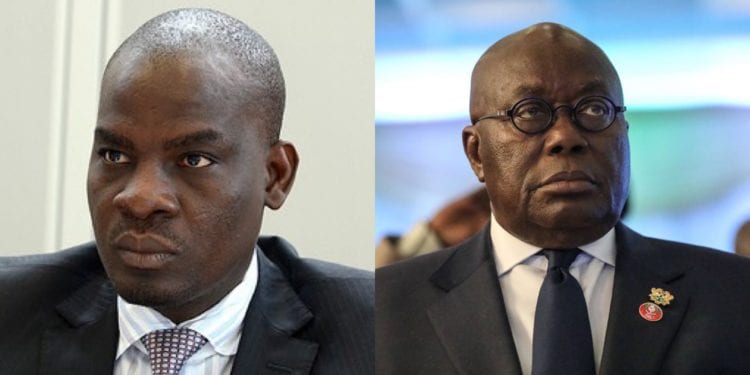 The Minority leader, Haruna Iddrisu, has blamed the increasing reports of armed robbery incidents in parts of the country on what he calls a “breakdown in law and order.”

Haruna Iddrisu’s assertion comes on the back of the latest robbery attack in broad daylight on Monday, June 14, 2021, leading to the killing of a young police officer and a trader at James town in Accra.

There have been a series of robbery incidents incidents in Accra in the last month, which are mostly carried it out brazenly in the full glare of the public.

The Minority leader, speaking to Citi News on recent developments, asked Ghanaians to collectively express their disappointment in President Akufo-Addo.

According to him, the President has failed to ensure that Ghanaians are safe to go about their daily activities.

“If what we are reading is anything to go by, then we all must collectively express our disappointment in the President and his handling of matters of personal safety and security. It means that there is the gradual breakdown of law and order, and I pray that we do not get to a state  in our country where the watchman himself is not safe, because when the watchman himself is not secured, when the policeman who is supposed to protect lives and property himself is not secured, then it leaves much to be desired.”

The Minority Leader also called for major reforms in the police and security set up, adding that the sector needs to be adequately resourced.

He also asked the citizenry to remain calm as the police conduct investigations into the incidents.

“I am told that for many of them [policemen], they are not adequately and sufficiently prepared to protect lives and property, and that is equally disappointing. But our condolences will go to the bereaved families, and we ask for restraint and calm in the country, whilst we call for greater reforms in policing in Ghana.”

With regard to the bullion van attack, the Inspector General of Police (IGP), James Oppong-Boanuh, has instructed the Director-General of the Criminal Investigations Department (CID), to takeover investigations into the matter.

The IGP’s directive was contained in a press statement issued on Monday by the police and signed by its Director of Public Affairs, Mrs. Shiella Kessie Abayie-Buckman.

“The Inspector-General of Police (IGP) Mr. James Oppong-Boanuh has directed the Director-General of the Criminal Investigations Department (CID) to takeover investigations into the attack on a bullion van at Adedenpo, a suburb of James Town in Accra on Monday, June 14, 2021, which led to the murder of a police officer.

Meanwhile, the Police Chief, has asked banks to provide fortified armoured vehicles for carting money by end of June this year, referring the banks to an earlier meeting that was held on the subject matter.

He warned that his officers will stop offering g that service to the banks if the standard bullion vans are not made available this month ending.

“The IGP is also reminding the Association of Bankers to provide fortified armoured vehicles for carting currencies by the close of June 2021 as earlier agreed between them and the Police Service, else the Police will withdraw its officers for escort duties,” the IGP warned in the statement.