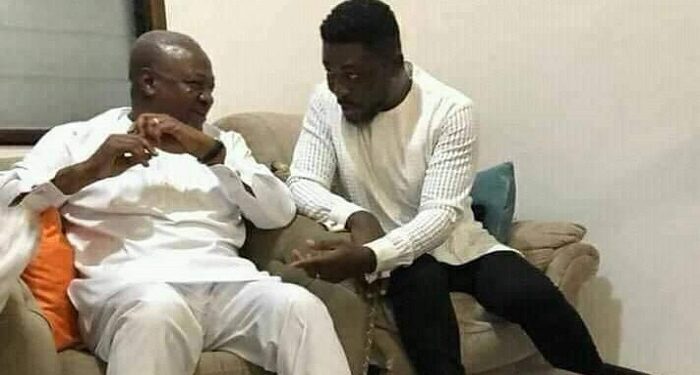 51
SHARES
286
VIEWS
Share on FacebookShare on TwitterShare on WhatsApp

Musician and political activist Kwame Asare Obeng, known widely as A Plus has described his campaign against ex-President John Mahama in the 2016 Presidential Election as an enterprise of foolishness. In a lament on social media, he described his campaign, which included his description of then-President John Mahama as an oppressor of the people of Ghana as fooling pro max.

A Plus had been an avowed supporter of then-candidate Nana Akufo-Addo as he sought to become President. He campaigned relentlessly for him and the New Patriotic Party(NPP) in the runup to the 2016 General Elections, often accusing the Presidency of John Mahama of corruption and incompetence.

But after Nana Akufo-Addo became President, he became one of his fiercest critics, regularly jabbing him for allowing corruption to fester and having deceived Ghanaians.

In his latest lament, he posted a picture of himself addressing NPP supporters and wrote: ” I was telling them to resist the oppressors’ rule and that John Mahama was an oppressor. Fooling pro max