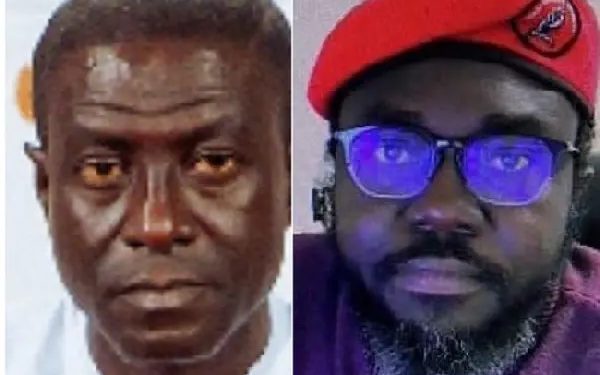 150
SHARES
835
VIEWS
Share on FacebookShare on TwitterShare on WhatsApp

Captain Smart has once again shown that when it matters, he would not care who he throws under the bus.

This comes after he denied knowledge of a letter Barker Vormawor sent him a copy informing him of their plan to stage a demonstration with guns.

One of the Conveners of the FixTheCountry Movement, Captain Smart has said he is tempted to believe that another Convener, Oliver Barker-Vormawor wrote the letter to the Police informing them about the move to go on the armed demonstration.

A letter believed to be from the conveners and addressed to the Accra Regional Command of the Ghana Police Service has been spotted on social media with its content stirring mixed reaction.

Excerpts from the letter spoke about a demonstration planned to take place on Saturday, June 4 to register their displeasure to the authorities in the country.

The letter asked for permission and security from the Ghana police and stated intentions to demonstrate with weapons if the security force refuses to grant them permission.

Speaking on the 3FM Drive with Giovani on Wednesday, June 1, Captain Smart said he knows nothing about the letter and his lawyers are currently writing to address the trending issue.

He cleared that he does not support violence and will never approve a rebellious demonstration.

“Why will I support the use of weapons to demonstrate when I want the country to be fixed? If they use violence and destroy the country, what will be left to be fixed?” Captain Smart questioned.

He further said he was surprised that the Police did not arrest whoever sent that kind of letter to the.

Meanwhile, another Convener Okatakyie Afrifa-Mensah has assured that whoever authored the letter to the Police informing the authorities about the planned armed demonstration will will be sanctioned.

He described this situation as a misstep and no amount of justification can right it.

“We cannot be asking the current political set up to call out their own when they go wrong and turn around to defend a wrong doing when it happens in our camp.

“Steps are being taken to sanction whoever was responsible for that letter. At no point will I condone any act that seeks to jeopardize the peace and security of this nation. I am equally angry as you guys are but we ask the public to keep calm.

“We do not stand for violence and will never stand for violence. A different date, appropriate route and measures will be communicated in due time. Let us not allow the mishap to bury the problems facing our dear nation which necessitated our call of the people to the street to express their grievances. God bless our homeland Ghana and make us truthful.”