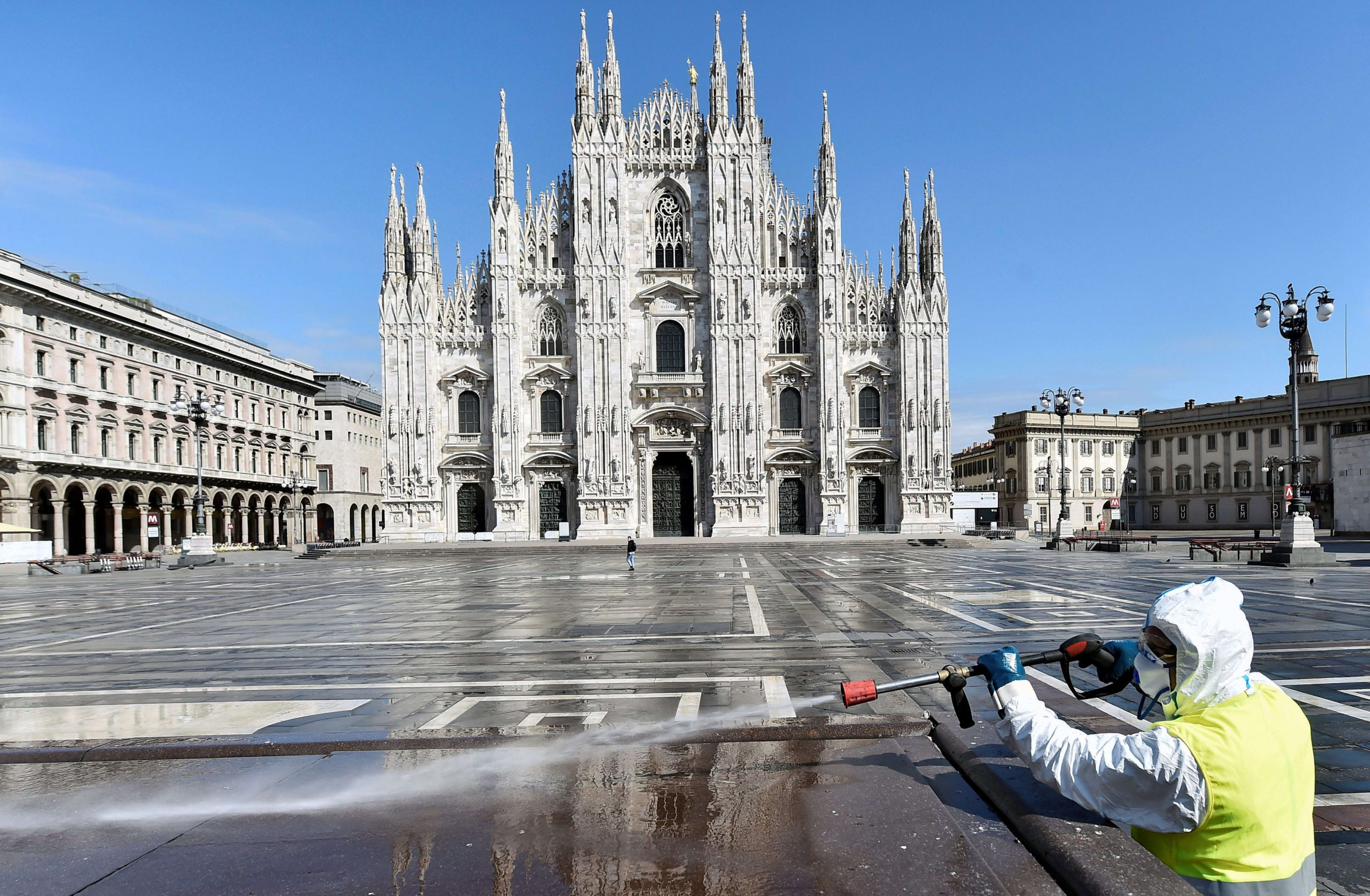 The data above was compiled by Johns Hopkins University as of 8:39 a.m. Beijing time.

China reported just 10 new cases as of April 22, according to its National Health Commission (NHC) — a decline from the 30 new cases reported the day before. Six were attributed to travelers coming from overseas. That takes the country’s total to 82,798 cases, according to govenrment data.

For the eighth straight day, there were no new deaths, with total fatalities remaining at 4,632, according to the NHC.

Separately, there were 27 new asymptomatic cases, where people tested positive for the virus but did not show any symptoms. That brings its number of asymptomatic cases currently under medical observation to 984, the NHC said. — Weizhen Tan

Even as recoveries rose and deaths dropped in Italy, the number of new cases in the country jumped again Wednesday. Italy reported 3,370 new cases, that’s more than the 2,729 new cases reported Tuesday.

The country also reported 437 additional deaths, less than the 534 deaths reported Tuesday, according to Reuters. There were also fewer people in intensive care, 2,384 as of Wednesday compared with the 2,471 on Tuesday.

Italy’s Prime Minister Giuseppe Conte said this week that the country will start lifting lockdown measures from May 4, but that the re-opening will be cautious and gradual, according to Reuters.

The number of confirmed cases in Mexico soared past 10,000, according to its health ministry, a Reuters report said. The country has seen 970 fatalities, according to the report.

Mexico has unveiled $25.6 billion in increased spending on social programs and infrastructure, in a bid to boost the ailing economy which had been hit by the pandemic. — Weizhen Tan

President Donald Trump on Wednesday said that he strongly disagrees with Georgia Gov. Brian Kemp’s “phase one” plans to allow non-essential businesses to re-open in his state at the end of the week.

The re-opening of businesses, which begins Friday, includes tattoo parlors, spas, hair salons or barbershops, movie theaters and bowling alleys. They will be allowed to open their doors to the public, as long as they, and their patrons, follow physical distancing orders and other OSHA  guidelines, Kemp announced on Monday.

Trump said he told the governor, “I disagree strongly,” adding that the governor “has to do what he thinks is right.” —Lora Kolodny

The coronavirus has infected two cats in New York state, making them the first pets to test positive for the virus in the U.S., the Centers for Disease Control and Prevention said on Wednesday.

One of the cats was tested after it showed mild respiratory signs, although its owners were not confirmed to have Covid-19. The virus may have been transmitted to this cat by mildly ill or asymptomatic household members or through contact with an infected person outside its home, the CDC said.

The owner of the second cat had tested positive for the coronavirus and the animal was also tested after showing signs of respiratory illness. —Noah Higgins-Dunn

European Cancer Centers Restructure Care in the Era of COVID-19