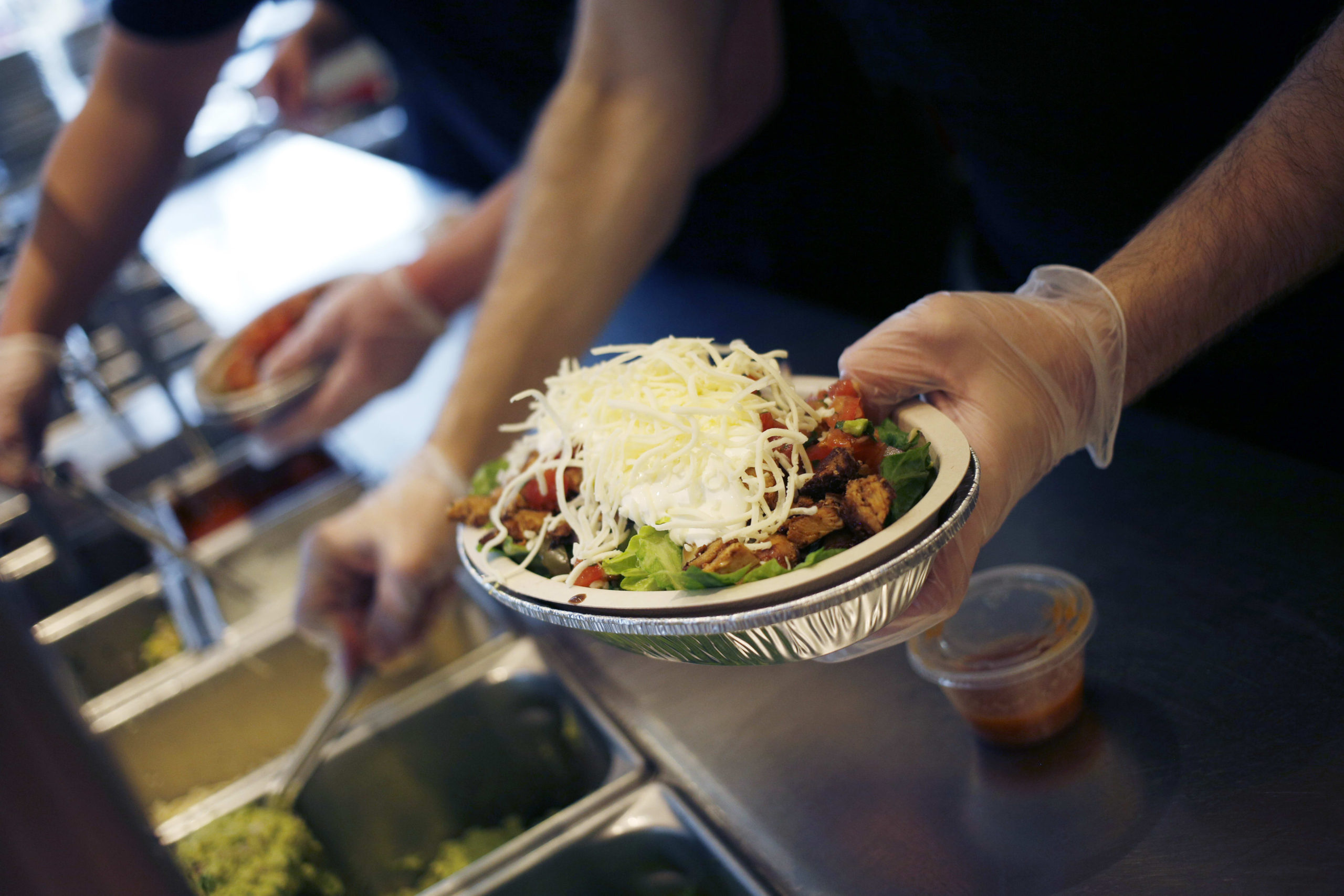 An employee prepares a burrito bowl at a Chipotle Mexican Grill Inc. restaurant in Louisville, Kentucky.

Chipotle Mexican Grill is expected to report its first-quarter earnings after the bell Tuesday.

Wall Street is anticipating earnings per share of $2.90 on revenue of $1.42 billion, based on a survey of analysts by Refinitiv. However, it’s difficult to compare reported earnings to analyst estimates for Chipotle’s quarter, as the coronavirus pandemic continues to hit global economies and makes earnings impact difficult to assess.

Unlike McDonald’s, Domino’s Pizza and many other public restaurant companies, Chipotle has not released preliminary same-stores sales data for the first quarter. Overall restaurant customer transactions dropped by 43% in the week ended April 12 compared to same week year ago, according to the NPD Group.

In February, the burrito chain said it was forecasting same-store sales growth in the mid-single digits for the full-year 2020. The company also said it would add between 150 to 165 new restaurants, about half of which will include a drive-thru lane for only digital orders.

Chipotle responded to the Covid-19 outbreak by increasing hourly employee pay by 10% and handing out first-quarter bonuses, despite weaker sales in March. The company also delivered 100,000 free burritos to health-care workers and is matching 10% of e-gift card purchases and donating the proceeds.

News24.com | Here are the winning Powerball and Powerball Plus numbers

News24.com | Here are the winning Powerball and Powerball Plus numbers