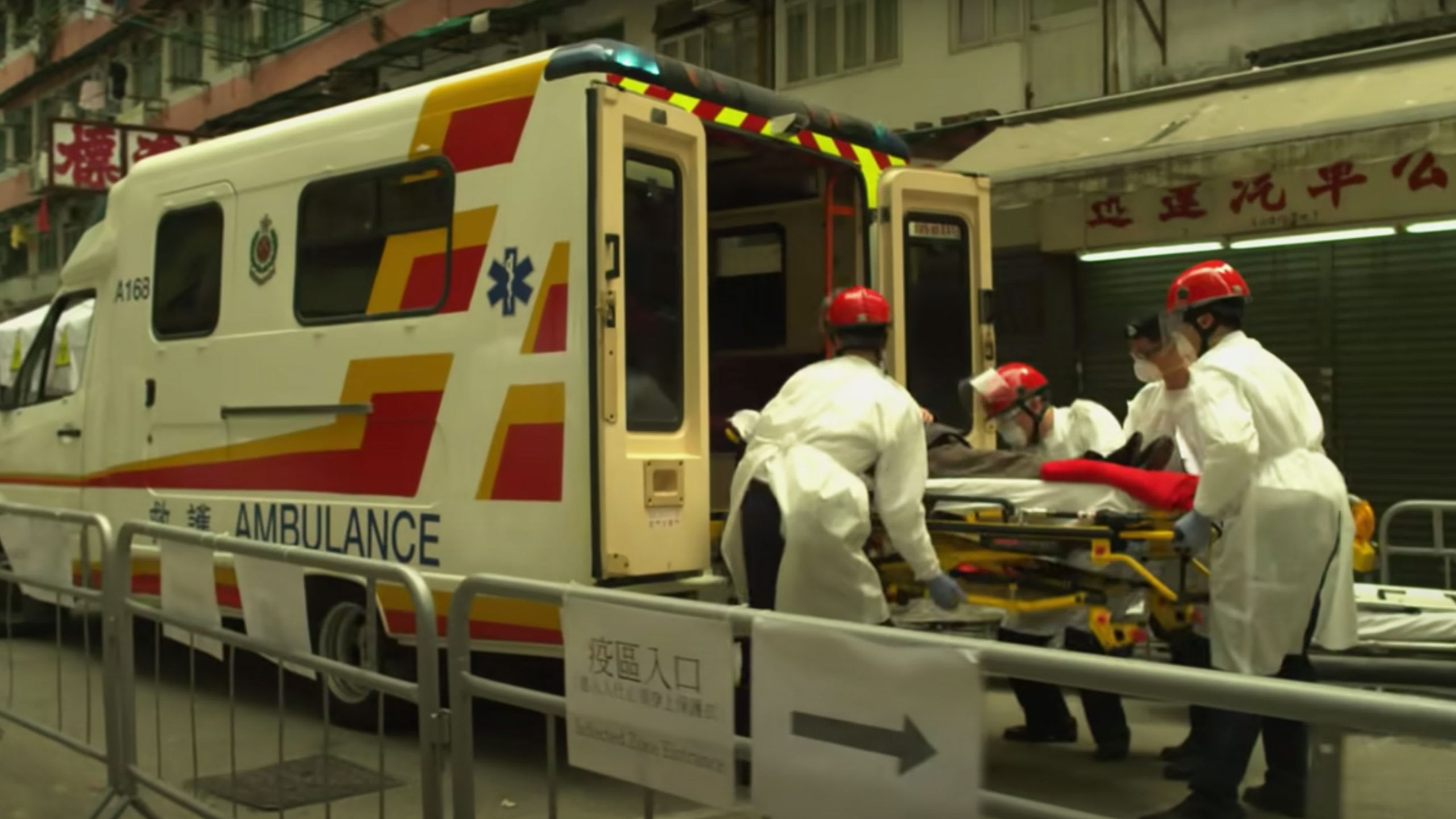 A scene from the movie “Contagion.”

The 2011 movie “Contagion” is seeing a surge in popularity as people look for explanations of what’s happening in the world today. The movie is almost shocking in its accuracy: Its creators seemed to see a pandemic coming, and how various countries would react to it.

Few mainstream movies spend big budgets on ensuring scientific accuracy, but “Contagion” had a team of advisors checking everything from the script to the props. The work was overseen by Columbia University’s Center for Infection and Immunity Ian Lipkin, and incorporated input from more than a dozen scientists, emergency room doctors, bio-safety experts and epidemiologists. The film is by no means flawlessly accurate, but it’s far more true to life than most.

Even the motives of the characters seem to be a composite of people in our lives today. There’s a character played by the actor Jude Law, who sees an opportunity to shill unscientific cures and an embattled C.D.C. staffer trying to educate a fearful public under intense scrutiny. There’s even a run on toilet paper, hand sanitizer and other items at the grocery store.

CNBC tracked down some of the film’s scientific advisors to ask about its scientific rigor and how they’re thinking about it today.

When Dr. Mark Smolinski first read the script for “Contagion,” he was working at Google‘s non-profit arm, Google.org, on public health-related projects. Smolinksi first saw the script after his friend Larry Brilliant forwarded it to him. (Brilliant is the well-known epidemiologist who’s been trying to warn us about a pandemic since 2006).

He was initially hesitant about getting overly involved with a Hollywood movie because of what he referred to as the “inside joke in the public health community.” Prior to “Contagion,” the best-known film about an infectious disease was “Outbreak,” starring Dustin Hoffman, which took some real liberties when it came to scientific accuracy.

“The science was awful,” said Smolinski, who is now the president of Ending Pandemics, a non-profit helping mitigate biological threats. “They basically created a vaccine overnight.”

But the makers of “Contagion,” which was directed by Steven Soderbergh and written by Scott Z. Burns, took a different approach.

Jeff Skoll, an entrepreneur who helped finance the film, saw it as an opportunity to raise awareness about pandemics so that medical experts could get more funding. Smolinski said that he and a group of fellow infectious disease experts were encouraged to pore over the script “line by line” and point out any flaws. He’s now seen the film more than 100 times — he often uses it as a teaching tool — and he’s still proud of its attention to detail.

After the movie was released, epidemiologists took advantage of the public interest by creating a surveillance tool known as “flunearyou” that tracked seasonal flu rates by asking members of the public to share their symptoms. Boston Children’s Hospital’s chief innovation officer John Brownstein, who led the team behind the flunearyou website, even hosted a watch party.

“It was entertainment, but it was also advocacy,” said Brownstein. He’s now working on an updated version of flunearyou, dubbed “covidnearyou,” for Covid-19.

The film also touches on the topic of limiting citizens’ rights to curb the spread of the disease, notably in the scene where the Matt Damon character is told he can’t cross the border into another state. After the vaccine goes into production, some Americans are given a wrist band to show they’ve received one, and can move about freely, mirroring approaches being considered today.

But Smolinski says he favors approaches that are voluntary and require people to opt in, and he hopes the current crisis will encourage participation.

“Anonymized, aggregate data could play a big role and we don’t need to give away our rights if more people choose to get involved,” he said.

Another scientist, Natasha Griffith, was asked to consult on the film while working at UCLA, where she directed the operations and safety program for the university’s high-containment research facilities

As part of her work, she traveled to countries during outbreaks of highly infectious diseases to help labs conduct research while maintaining bio-safety standards. “I am often pulled into what we call ‘high priority pathogens’,” she said by phone.

Griffith was invited onto the “Contagion” set to help the filmmakers set up labs and research facilities. In the movie, scientists had to do the work of understanding the sequence of the hypothetical virus, and create potential treatments (the process took months, just as it would in real life). She also worked on props and costumes, and made changes to parts of the script that she felt were inaccurate from a bio-safety standpoint.

After advising the filmmakers in Los Angeles, she flew to Chicago to supervise the development of the lab used in the film, ensuring the accuracy of props like test tubes, pipettes and suits worn by the actors. Griffith recalled that even the smallest details, like the speed at which the centrifuge was running samples, were accurate. She used cranberry juice and apple to color the samples, so they were the correct shade before and after they were exposed to the virus.

“I’d spent whole days with the actors,” she recalled. “I even remember the submarine doors we used, where there’s a gasket that inflates between the doors that means you can’t open it immediately. So I practiced that with them, and we even counted to ten to make sure that it was enough time for the light to turn from red to green.”

At one point, Griffith asked Soderbergh to stop moving through the lab and touching things without gloves.

“In a real biocontainment lab you can’t have fingerprints on those stainless steel surfaces because you are in a suit,” she said. “If you saw a fingerprint, it would be a huge violation.”

Overall, said Griffith, “I was very happy they listened and it was scientifically very accurate.”

What did they miss?

Reflecting back on the film, there were a few things Smolinski didn’t expect.

When he saw the videos of spring break vacationers gallivanting on beaches and ignoring the shelter-in-place guidelines, it struck him that the film could have done more to educate younger populations.

The film addressed misinformation, he noted, but didn’t spend much time on “non-compliance,” where certain segments of the populations flouted the guidelines and put others at risk in the process.

“We need to get public health messaging to millennials,” he said.

Smolinski didn’t anticipate that medical workers in developed nations would be dying of the virus because of the lack of personal protective equipment. He is still in shock, he said, that three months into this pandemic the United States does not have sufficient stockpiles of supplies for doctors, nurses and other medical personnel.

But reflecting on it now, he understands how that could have happened. “There’s always been an issue with preparedness,” he said. “It takes money, and people don’t want to set that aside for things that are just sitting around.”

Griffith was not as surprised by the PPE shortages. After living through Ebola, H1N1 and Zika, she knew that some vital equipment could quickly run low because a lot of countries will need supplies all at once. But she also said that she didn’t expect the supplies to dwindle quite so quickly.

Both agreed that the COVID-19 pandemic should be a “wake up call” and that it might not be the last infectious disease that overwhelms our health systems in our lifetimes. As the film showed, we live in a hyper-connected global world, and it’s easier than ever before for disease to spread.

“We have been asking for more than 35 years for help,” said Smolinski, “so I hope the next ten years are different.”