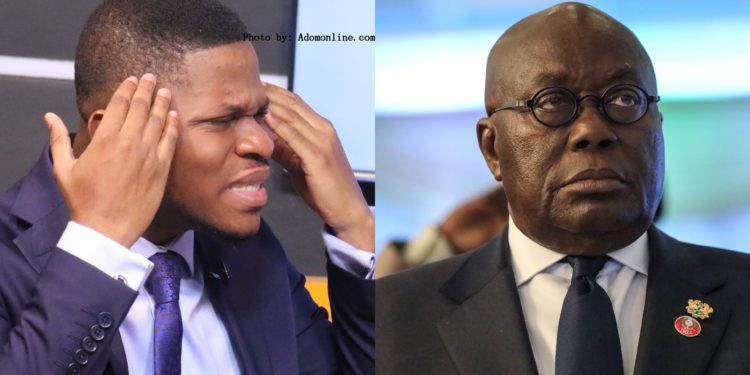 61
SHARES
340
VIEWS
Share on FacebookShare on TwitterShare on WhatsApp

It seems President Nana Addo Dankwa Akufo-Addo won’t have any sympathy over government’s plan to purchase a new Presidential jet.

The National Communications Officer of the opposition National Democratic Congress, Sammy Gyamfi, is the latest to take on the President for such a thought.

Mr. Gyamfi is of the view that the decision to incur such an expenditure at this time is insensitive.

Debate on the presidential jet has been in the news for some months now after the Member of Parliament for North Tongu, Samuel Okudzeto Ablakwa, filed urgent questions demanding disclosure of the full cost of President Akufo-Addo’s recent foreign trips without the use of the official presidential jet.

However, the government has said it is almost through in getting a new aircraft to cater for presidential travels; the reason being that the current jet is simply not fit-for-purpose.

But the vociferous Sammy Gyamfi insists the move is an insult to the citizenry and must not be allowed to stand.

“I submit forcefully that the decision by Akufo-Addo-Bawumia NPP-led government to buy a new presidential jet is a misplaced priority and will amount to a waste of the public purse if it is allowed. The mere thought of it at this time is insensitive to the plight of the ordinary Ghanaian and an insult to our sensibilities.”

Mr. Gyamfi made these comments on Joy FM’s Newsfile on Saturday, October 2, 2021.

Already, the Minority in Parliament has made it clear that it will resist the move.

Leader of the caucus, Haruna Iddrisu, believes the government’s quest to purchase the jet is yet another reckless use of taxpayer’s money while many citizens live in penury.

“What is this that we hear that because the President cannot bath in the current Falcon, he must buy a new jet, and then we should be interested in providing for the comfort of the President when Ghanaians are reeling under economic hardship? This is a misplaced priority, it is a misplaced expenditure and therefore should not get our support”, Haruna Iddrisu intimated on the Point of View on Wednesday, September 29, 2021.