E-Levy Not Bad But… Sarkodie 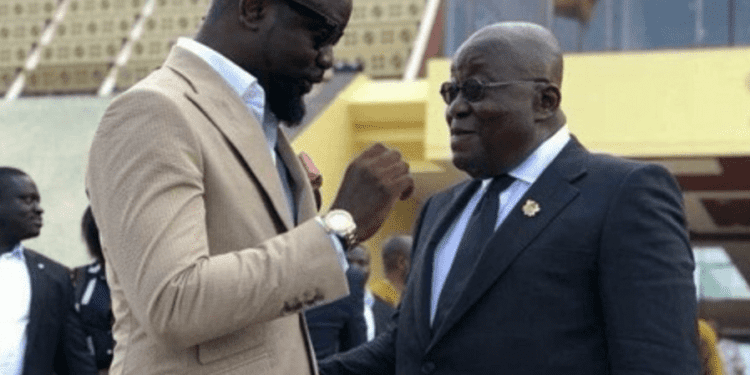 378
SHARES
2.1k
VIEWS
Share on FacebookShare on TwitterShare on WhatsApp

Ghanaian award winning rapper Michael Owusu Addo popularly known as Sarkodie has reacted to the current impasse between forge minority and majority side of Parliament with respect to the infamous e-levy Government is bent on implementing.

Reacting to a tweet asking for his opinion on the e-levy the “You go Kill Me” trailblazer stated e-levy ideally is not a bad thing since he pays taxes elsewhere to promote his business or songs but the problem back home in Ghana is the taxes being paid not being put to right use.

He went on to add that when one is broke, a mere good morning could sound like a tease.

I pay a lot of taxes outside and I don’t complain because I’m using avenues they made available to make 💰( it’s only right ) it’s not same here and that’s why we complain not because the “E Levy” is bad . When you broke, a harmless “good morning “ can sound like a tease https://t.co/7s25NqnbJN

Sarkodie for a number of time has come under fire for what his critics believe is a hypocrisy on his side.

He was one musician who consistently critiqued John Mahama and his government through his lyrics but is yet to do same with Akufo Addo.

In 2020 for instance portion of his song “Happy Day” subtly endorsed the second term of Akufo Addo.

There are counter clap backs as replies on his tweet and the issue is currently being dragged on his twitter space.