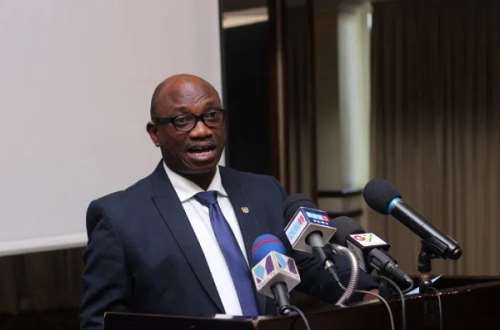 15
SHARES
84
VIEWS
Share on FacebookShare on TwitterShare on WhatsApp

The Ministry of Employment and Labour Relations is pleading with striking teachers to reconsider their demand for a 20% Cost of Living Allowance (COLA) and return to the classrooms whiles the government works to meet to their needs.

Teaching and learning has come to a standstill in pre-tertiary public schools in the country following the declaration of nationwide strike action by four teacher unions.

On Wednesday, the Ministry in charge of Employment and Labour Relations hosted a meeting with the four unions with representatives from the Ministry of Education.

Engaging the media after a meeting that ended inconclusively, Deputy Employment and Labour Relations Minister Bright Wireko-Brobbey made a passionate appeal to the teachers.

Citing the current hard times the country finds itself, he pleaded with the teachers to return to the classrooms whiles the government works to attend to their demands when things normalise.

“What we mean is that times are hard because of these global effects on everything and I’m a citizen of Ghana, I bear the brunt, I go to the same market as you, I buy fuel. So times are hard. That’s what we call their demand legitimate. Except that because of the hard times we are pleading with them to understand that when things normalise some of these things will be taken care of like we have done in the past,” Bright Wireko-Brobbey told journalists.

Unfortunately, the plea has not been accepted by the teacher unions. They say teachers are unable to survive and will only return to the classrooms if the government provides something to cushion them.