by News Reporter
in World Politics
0 Former Japan Prime Minister Shinzo Abe has been confirmed dead after suffering gunshot wounds and being rushed to the hospital.

Ex-Prime Minister Abe was shot dead in the city of Nora while delivering a campaign speech.

A man believed in his early 40s, Tetsuya Yamagami, was arrested at the scene as the prime suspect.

Tetsuya Yamagami is said to have a record with the police of having threatened to kill Abe, 67, because he has been dissatisfied with his government.

Abe remains the longest-serving Japanese premiere after stepping down in 2020. 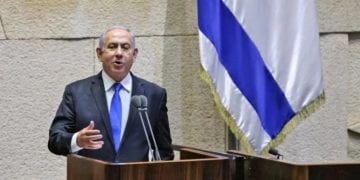