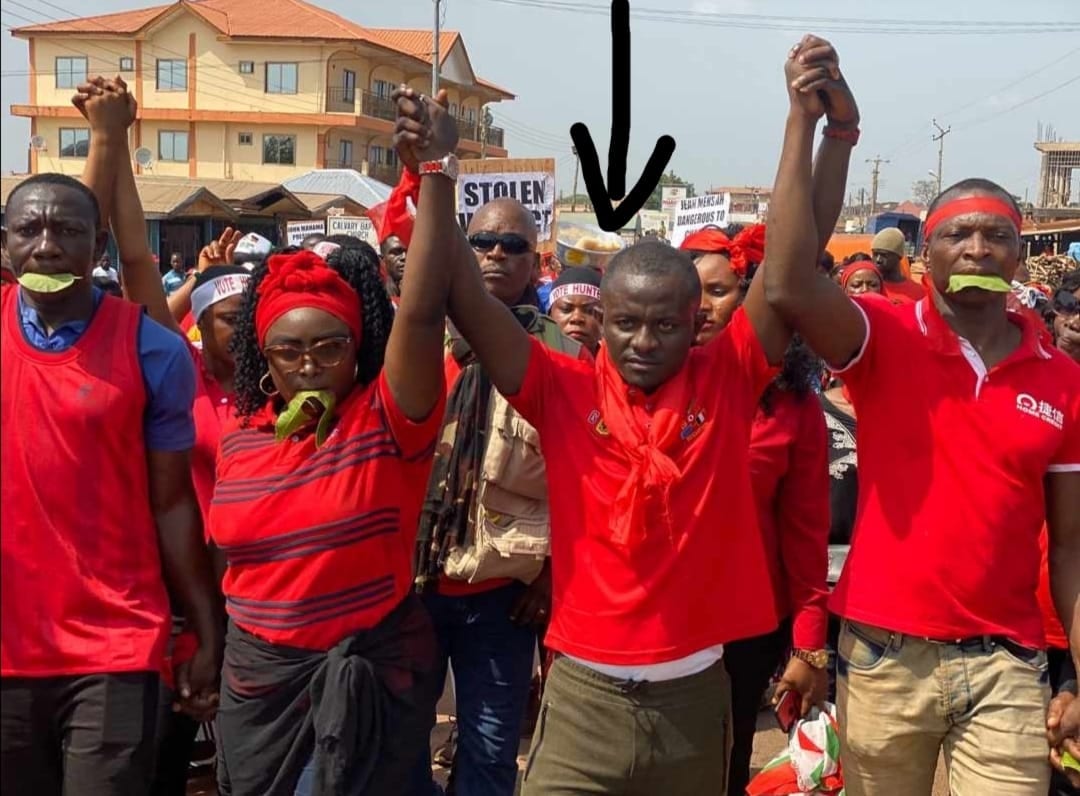 Son of the General Secretary of NDC, Charles Akwesi Asiedu, and the NDC National Women Organizer, Dr. Hannah Bisiw yesterday led a demonstration in Techiman with other NDC bigwigs.

Mr. Asiedu Nketia‘s son was at the forefront today with hundreds of other NDC supporters to register their displeasure at the declared 2020 Presidential Election results. The NDC immediately rejected the results after the declaration, alleging vote-rigging in favour of the winner, President Nana Akuffo Addo.

The flagbearer of the NDC party on the third day, formally addressed party executives, supporters and Ghanaians as a whole, reiterating the Election was flawed and that they reject the results.

Subsequently, the party had shown ample evidence of vote padding in for president Akuffo Addo in some parts of the country. videos of such nature to have been circulating on social media where District Election presiding officers pronounce Akuffo Addo as the winner while according to the figure they mention the flagbearer of the NDC is the winner.

However, this has resulted in sporadic protests across Ghana. At some places, protesters and the police do clash. Mr. Aseidu when asked on Joy News program the “Probe” when their children will be joining the leadership of the NDC in the demonstrations? He said their children already do but is because people don’t know them and that one of his sons will lead the Techiman protest the following day, which has come to pass.

Meanwhile, the EC has gone on holiday from the 22nd December 2020 to 19th January 2021while the NDC are demanding an independent audit of the presidential votes.