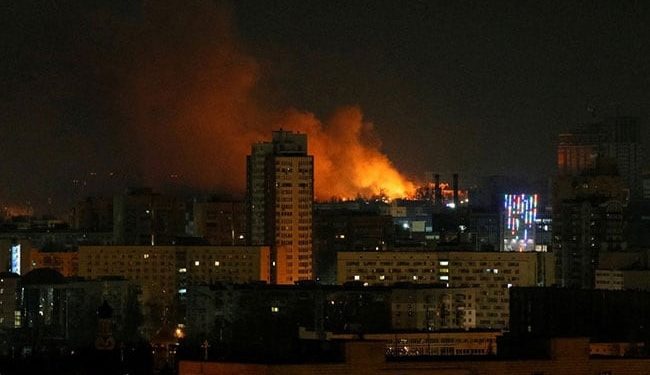 A voice note from a female Ghanaian student giving a short account of the situation in Ukraine has hit online.

In the said audio shared below, the visibly shaky voice of the Ghanaian student was giving an account of how bombs were flying above their heads with loud Gun battle just before their eyes in the ongoing conflict between Ukraine and Russia.

The last 72 hours have seen the battle between Ukraine and Russia reaching a tensed point.

President Putin has said his men in uniform are on a peacekeeping mission but that is far from the case as they have launched a number of deadly offensive air strikes even in the capital of Ukraine Kyiv.

Government of Ghana seem not to have a clear cut path of rescuing Ghanaians trapped in Ukraine because at the moment all flights have been grounded.

A directive however from the National Union of Ghana Students and thus the foreign affair ministry has said students are advised to stay indoor even when the fight have gotten deadly.

A later directive suggested Ghanaian students in the Ukraine have been directed to be evacuated to Poland to safety.