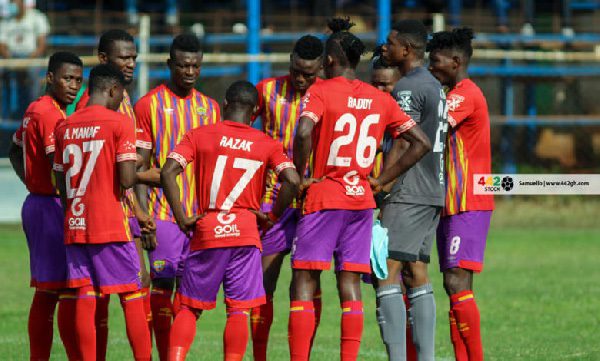 26
SHARES
142
VIEWS
Share on FacebookShare on TwitterShare on WhatsApp

The Confederation of African Football, (CAF) has decided that the Champions League Preliminary game between Accra Hearts of Oak and CI Kamsar of Guinea will be played behind closed doors.

CI Kamsar were expected to host Hearts of Oak in Guniea for the first leg, however due to the political instability in the country, CAF decided to make the game a one-off tie to be played in Accra on Sunday September, 19, 2021.

This is the first time Accra Hearts will be competing in the CAF Champions League after 6-years.

CI Kamsar arrived in the Accra on Friday to continue with preparations for the game.

The game is scheduled to kick-off at 15:00 GMT and in the event of a draw, the game will head into a penalty-shoot out.