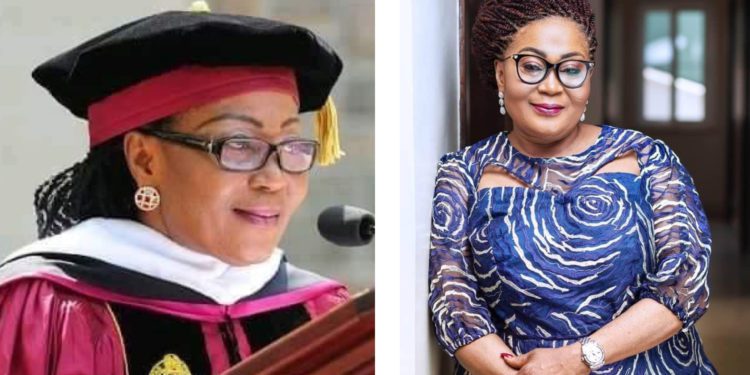 113
SHARES
628
VIEWS
Share on FacebookShare on TwitterShare on WhatsApp

To be the wife of the Ghanaian President naturally comes with an office and additional responsibilities.
In the 4th republic most especially, various wives of Ghanaian presidents have had roles to play in official and none official capacity.
One of those persons to have extremely  distinguished herself in the capacity as a First Lady has been Mrs. Lordina Mahama; the wife of former President John Mahama.

A close look at the great exploits of Mrs. Mahama shows detailed achievements on all fronts as the First Lady.
Her generosity and the quest to make sure people have access to decent living have never stopped even when her husband was voted out in 2016.

It should be noted however that even before she became the First Lady when her husband won the 2012 elections or the NDC party won the 2008 elections which saw Mr. Mahama as the Vice President partnering with His Excellency Professor John Atta Mills of Blessed memory, Mrs. Lordina Mahama was running her Charity Foundation; touching lives and giving hope to the vulnerable before her husband ascend the highest office of the land as the President.

The Lordina Mahama Foundation has been instrumental in supporting women, children, and the less privileged for over a decade and counting.

The Foundation, previously known as the Alternative Source of Income Program (ASOIP) has over the years embarked on several activities geared towards poverty alleviation, women and youth empowerment, promotion of quality healthcare, and support for education.

3.Donating essentials to orphanages and ostracised women (alleged witches) at “Witch Camps” for their upkeep

4.Assisting brilliant but needy students with scholarships to enable them to pursue their academic dreams

5.Providing destitute artisans with start-up kits to enable them to make meaningful livelihoods out of their acquired skills

Even though the NPP targeted her works by fuelling lies and propaganda about her passion to help people naturally, those lies perpetuated by the NPP and its ridiculous media practitioners have never slowed down Mrs. Mahama doing what she feels is right for the masses.

The number of people her foundation has touched their lives is countless and assuring.
These great gestures from her have seen her win numerous awards and citations which goes a long way to confirm that she is indeed a kindhearted person which is just not limited to her occupying the office of the First Lady.

Every year, she donates to various deprived families and women groups around Ghana.
Dozens of Ghanaians still rely on her benevolence even when she and her husband are out of Political office.

Mrs. Lordina Mahama has demonstrated that she did not only realize doing good only when her husband became President, but it’s something she has done and still does which brings smiles to the faces of many beneficiaries of her foundation.

Below are some awards and citations Mrs. Lordina Mahama has won for herself and her foundation for her kind gestures.