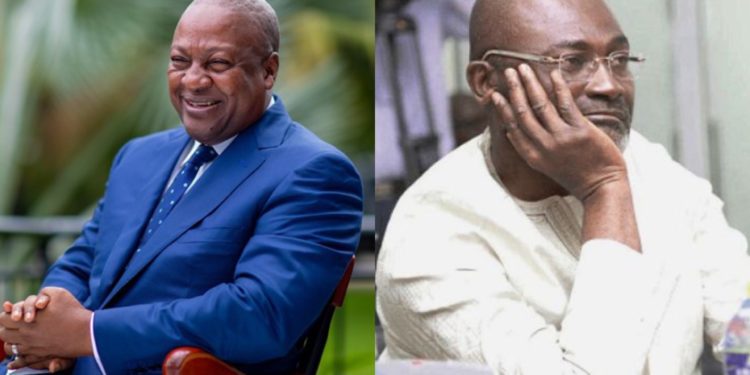 587
SHARES
3.3k
VIEWS
Share on FacebookShare on TwitterShare on WhatsApp

Days after Assin Central MP was dealt with a big blow in an American court after his suit against Kevin Taylor was thrown out, the man who have admitted he has undergone surgery to open his brains has suffered yet another fatal verbal blow from John Mahama, Ghana’a former President.

Former President is currently in United States of America for an event at Harvard University business school where he delivered a lecture.

After his lecture, the Ndc’s 2020 Presidential Candidate is thus meeting some members of the Ndc in the diaspora specifically those in America.

It was in one these encounter with Ndc supporters a question was posed to him by a woman from the NewYork branch of the party seeking John Mahama’s views on why he has never responded to any of the unprovoked attacks on him by Kennedy Agyapong.

Mr. Mahama after series of laughter said he will respond to the question with an African proverb which says “I don’t wrestle with pigs” for if a man wrestle with a pig he will have himself dirtied.

His Excellency John Mahama went ahead to say if you are bathing and a mad person comes for your clothes, you don’t rush out of the bathroom chasing him.

He wrapped up by saying, he have important things to think about that wasting his time on the lunacy of Kennedy Agyapong.

Below are the video