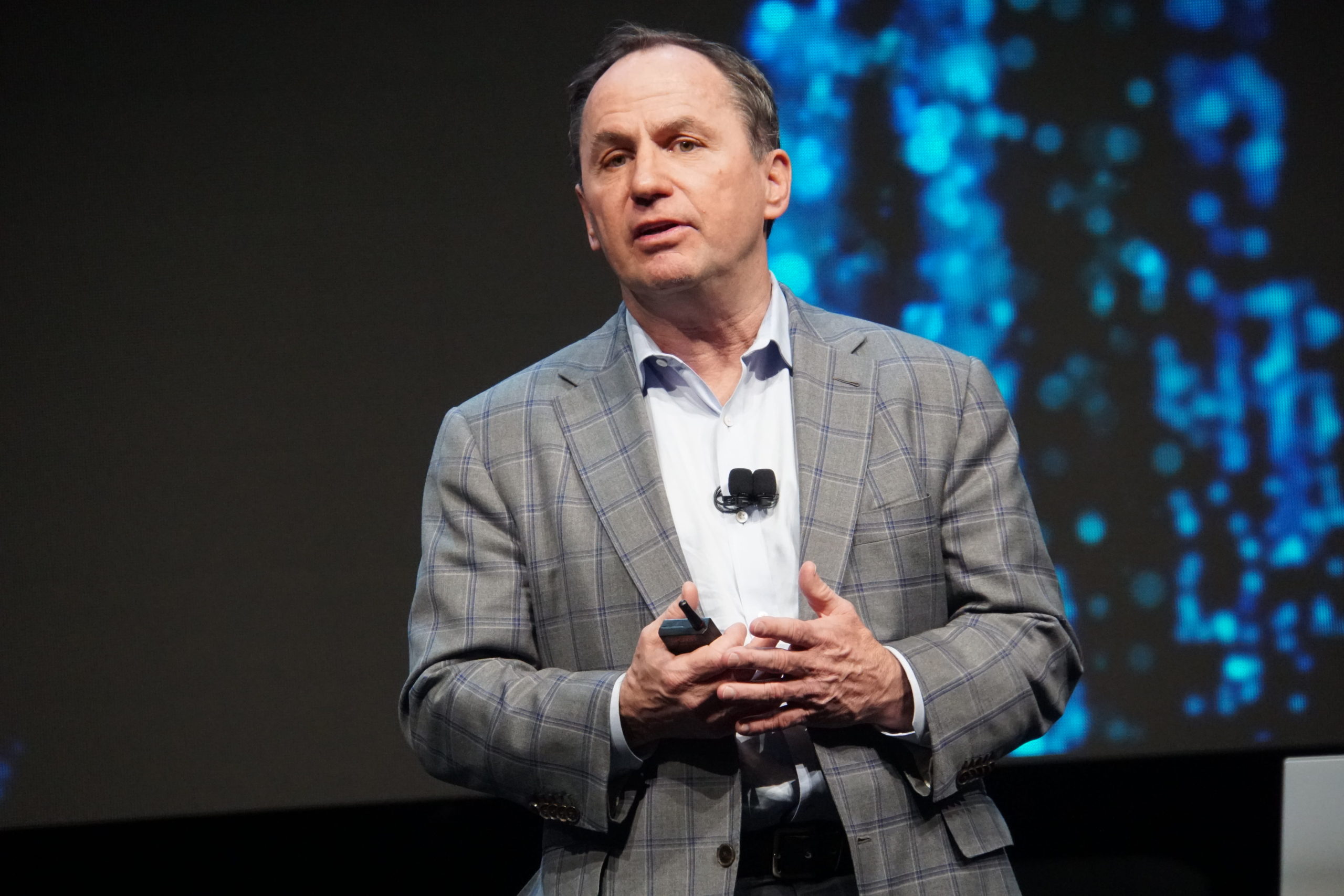 Intel shares fell 6% on Thursday after the company reported earnings for its fiscal first quarter.

Here are the key numbers:

Analysts polled by Refinitiv had expected $1.28 in earnings per share on an adjusted basis and $18.70 billion in revenue. Comparing the results against analysts’ estimates is not straightforward, though, given that the coronavirus impacted economies around the world during the quarter.

Revenue rose 23% on an annualized basis in the quarter that ended on March 28, coming in above the company’s $19.00 billion forecast, according to a statement.

Intel said it would not give guidance for the full year.

Intel’s Client Computing Group, which includes PC chips, produced $9.78 billion in revenue in the quarter. That’s 13.8% higher than the first quarter of 2019 and more than the $9.34 billion consensus among analysts surveyed by FactSet. PC chip supply improved in the quarter following issues the company disclosed in November.

The Data Center Group, including chips for cloud providers and enterprise-focused server makers, posted $6.99 billion in revenue, growing 42.7% and greater than the FactSet consensus of $6.32 billion.

In the quarter Intel demonstrated 10-nanometer mobile chips codenamed Tiger Lake, saying they would ship later this year, and provided a preview of its DG1 discrete graphics card. The company announced the suspension of share buybacks on March 24.

“The company maintained essential factory operations with greater than 90 percent on-time delivery while supporting employees, customers and communities in response to the Covid-19 pandemic,” Intel said in Thursday’s statement.

PC shipments fell nearly 10% year over year in the quarter, according to IDC estimates. Still, Intel’s demand was “relatively strong” in the first quarter as people needed devices to work and take classes from home to avoid catching coronavirus, CEO Bob Swan said in an interview with Bloomberg on April 9.

Goldman Sachs analysts led by Toshiya Hari upgraded its rating on Intel stock to neutral from sell on March 24.

“Despite the headwinds related to Covid-19, we are maintaining our estimates as we believe there are multiple near-term positive developments (i.e., potential strength/resilience in the high-end client CPU and server CPU markets given a growing number of people working/studying from home) that could largely offset the headwinds (i.e., weaker consumption and enterprise spending),” the analysts wrote in a note.

Executives will discuss the results with analysts on a conference call at 5 p.m. Eastern time.

Intel stock is down about 1% for the year.

This is breaking news. Please check back for updates.

FULL SPEECH | ‘We must not give up now’: Ramaphosa announces phased reopening of economy from 1 May

FULL SPEECH | 'We must not give up now': Ramaphosa announces phased reopening of economy from 1 May