IS ADJAYE AND ASSOCIATES A MONEY LAUNDERING CHANNEL FOR THE NPP? 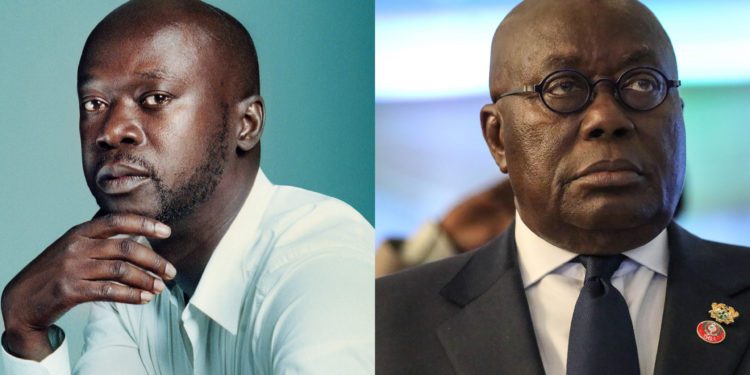 34
SHARES
190
VIEWS
Share on FacebookShare on TwitterShare on WhatsApp

In 2018, when President Akufo Addo made the pronouncement of fulfilling a personal pledge he made to God by building a cathedral for helping victorious in the election in 2016, many were those who thought it would not get to the stage where Government against all reasonable counsel would be stealing the taxpayer’s money in sponsoring something unofficial.

A cathedral which is believed to be a sacred monument for God has been riddled with suspected cases of corruption, money laundering, stealing, deceit and telling of false stories.

When Ghanaians questioned the source of funding for the project, government and its spoke persons including some revered preachers like Nicholas Duncan Williams made Ghanaians believed that the cathedral was never going to be a burden of the taxpayer but rather a private project whose funds would come from individuals.

These line of stories has been proven to be complete falsehood as the Akufo Addo government has been caught pant down siphoning state money in building something they never consulted Ghanaians about.

In all of these brouhaha of the National Cathedral, one person who has been at the center of these disturbing controversies around the National Cathedral has to do with renowned architect Sir. David Adjaye.
His company Adjaye and associate are the front leading company in charge of building the cathedral.
From design, to even vetting for the construction company and the company meant to build the edifice.
So far, what is in the public space shows Sir. David Adjaye’s company is the same company that did the design, vetted his own company as the preferred company to build and would be the company to build the cathedral.

These opaque process is an insult to the laws governing procurement in Ghana.
A document from the Public Procurement Authority and the Jubilee house has shown that an amount of 23.7 million dollars has already been paid to Sir David Adjaye and his company.
The Member of Parliament for North Tongu Constituency Hon.Samuel Okudzeto Ablakwa who has been very vocal on these scandalous issues of the cathedral has shown a series of documents to prove that indeed monies have been paid to David Adjaye and his company.

An edifice meant to praise God and his mercies has been shredded in secrecy.
Ghanaians have been very furious with Akufo Addo’s attempt to steal the taxpayer’s money even in such a difficult period as Ghana finds itself with many Ghanaians struggling to even get a meal for a day.

What has rather been shocking is the silence from the man Government is making claims of paying huge monies to being quiet on the matter.
Sir.David Adjaye has worked hard over the years to build a reputation for himself around the world, his company, and his associates needs to speak on this stinking cathedral deal to clear his name and that of his company and what they have done over these years globally.

Some rather important questions he and his company needs to answer according to what has been driving conversation on Ghana’s media and social media spaces are as follows;
1. Has the Government of Ghana paid him 23.7 million dollars and other additional money for building the Cathedral?

2. How much in total has his company Adjaye and associates received so far from this deal?

3. Is Adjaye and Associates legitimate to work in Ghana, especially on projects estimated to cost over 400 million dollars?

4.Has he been paying the right taxes on these monies Government is claiming to have paid him ?
And the most important question of all the questions is; IS ADJAYE AND ASSOCIATES A MONEY LAUNDERING CHANNEL FOR THE NPP?
These are some of the important questions Ghanaians want to know.

Ghanaians want to know because this is a government which is bent on stealing Ghana’s mineral deposits in a shady deal such as Agyapa
It’s equally a government which deliberately brought forward a company such as PDS to steal monies from Ghanaians.

Knowing how dirty the Akufo Addo government has been with issues of corruption and the glare stealing of state resources, David Adjaye should come clear on this cathedral issue.

Failure of him to do so would go a long way to destroy all he has done for himself and the world at large.

Knowing that political Power is subject to change in Ghana, it would do Sir. David Adjaye a lot of good if he bite the bullets now and tell Ghanaians and the world the true story about his involvement in the building of the National Cathedral.