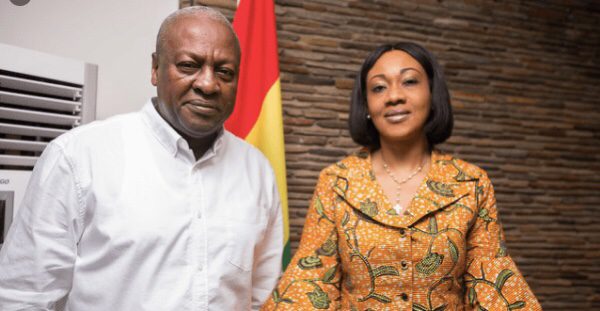 107
SHARES
592
VIEWS
Share on FacebookShare on TwitterShare on WhatsApp

Mahama says it has increasingly become clear that Jean Mensa remains a partisan personality who cannot ensure neutrality as head of the EC.

“Since this woman was appointed, it feels like she is on a warpath with the NDC. This EC Chairperson has said the NDC is the biggest threat to the country.

“Do you think such a person can ensure neutrality between parties? It is obvious they [EC] have a certain prejudice against NDC. Whenever we suggest anything, they rubbish it,” Mahama said on Mercury FM in the Ashanti Region where he is currently on a ‘Thank You Tour’ after the 2020 general elections.

His comments were in relation to the NDC’s recent electoral proposals presented to the EC as part of its review of the 2020 General Elections.

According to Mahama, the party will continue to use all legitimate means to ensure that their reform proposals are duly acted upon.

“We have sent the proposals and whatever we will do in terms of advocacy to ensure that they do the right thing, we will do it,” he said.

The NDC in August presented electoral reform proposals to the EC following which reports emerged that they had been redirected to submit their document instead of the Inter-Party Advisory Committee, IPAC.

This is the second time Mahama is publicly addressing the EC over the NDC’s reform proposals.

Speaking in an interview available to GhanaWeb during his ‘Thank You Tour’ in the Upper East Region, John Dramani Mahama described the directive of the EC as “the most absurd request.”

“Where is the inter-party advisory committee, where is their offices, where does it exist?” he added.

“IPAC is an advisory committee to the EC and IPAC is housed by the EC and it’s the EC that calls IPAC meetings. So how can you ask that the letter be given to IPAC? Who is IPAC?” he further explained in an interview with GBC URA Radio in Upper East.

The NDC flagbearer went on to state that the directive of the EC is an indication that the commission is being unreceptive to the party.

“These are some of the absurd things this committee does that make us feel it’s hostile to our party, I mean, the right place to send the letter is to the Electoral Commission,” he said.

Some of the NDC reforms include the need for EC chairperson to be appointed subject to parliamentary approval, that the EC be split into two separate bodies and the non-deployment of soldiers to polling stations among others.