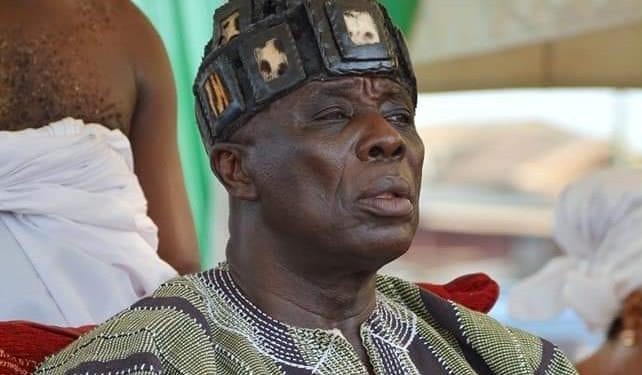 249
SHARES
1.4k
VIEWS
Share on FacebookShare on TwitterShare on WhatsApp

One of the legacies of former President John Dramani Mahama was the establishment of the University of Environment and Sustainable Development, UESD, located at Somanya.

The Eastern University was one of many campaign promises of the former administration prior to the 2012 elections.
Okyenhene Osagyefo Amoatia Ofori Panin has stated that he advised the former government to establish the university at the centre of the region rather than going to the west, but his advice was not heeded.

Speaking on Asaase radio’s ‘Sunday Night’ programme, The tribal bigotry Okyenhene indicated that discussions were ongoing about a university in the region even before the NDC government made the promise.

He said, Sir Sam Jonah and himself had such discussions with a former Korean Ambassador, who was his golf mate, and who had promised to look into it. “I had a golf game with the Korean Ambassador then, a few years ago, and I brought him to our college; my friend Sam Jonah and I convinced him that we needed help for the expansion of the university and he promised us that he is going to do something about it,” Okyenhene stated.

He noted that he then started having such discussions with former President John Dramani Mahama when he was about cutting the sod for the construction of the university.

He stated that he wanted the university to be brought to Bunso, the centre of the region rather than Somanya, which is the west. Okyenhene explained, “So, we started talking to the then President Mahama and I told him that I know of the plan by his government to establish the Somanya university, and I said to him I’m not against it but here we are in the Eastern region that we have established a university that dealing in agriculture and environment,” adding that it would be better if the issue of its location was looked into. “And I also told him that I needed help to come and expand this one (university) in the Eastern region and I used the location as my benefit. That Bunso was a better location in the Eastern region than Somanya and I left it like that. “Bunso is at the centre of the Eastern region (compared to) Somanya which is towards the west,” the Okyenhene stressed.

In all of these This same Amotia Ofori Payin is a reportedly conduit in the Akufo Addo led government trying to steal our mineral resources through the senseless fraudulent Agyapa Deal.

Government to Force Banks to Give Loans to Farmers-Agric Minister

Government to Force Banks to Give Loans to Farmers-Agric Minister