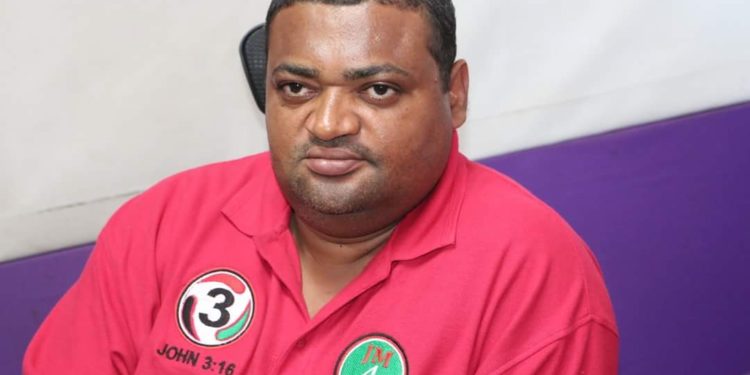 68
SHARES
375
VIEWS
Share on FacebookShare on TwitterShare on WhatsApp

A former Deputy Minister of Youth and Sports under the erstwhile NDC administration, Joseph Yamin has warned the Peace Council and other Christian bodies in the country against criticizing former President Mahama’s now-famous do or die proclamation.

The outspoken politician believes these religious bodies are hypocrites in the pockets of the ruling New Patriotic Party (NPP), and only come out to bash the NDC when they make any statement they do not agree with.

On his accord, the Peace Council which has been sleeping in the wake of the destruction the NPP has set Ghana on, should “keep on sleeping and not dare comment on former President Mahama’s do or die statement.”

“The Peace Council and other Christian bodies should not dare make any statement critiquing former President Mahama over his do or die statement. They will only incur the wrath of Ghanaians if they make any comment on this. Whatever the NPP does or says is good to them but when the NDC does it, they all come rushing to condemn it,” he said in an interview with Don Kwabena Prah on Happy98.9FM’s Epa Hoa Daben political talk show.

He described the culture of these bodies glorifying the NPP and seeing them as saints while demonizing the NDC as an affront to nation-building insisting, “The culture where no one condemns the NPP even when they act negatively but are quick to condemn the NDC is not something we should keep promoting. We must change.”

During his election 2020 ‘Thank You’ tour, John Mahama reiterated this suspicion on Tuesday, September 7, that; “we were clearly robbed, but we accepted the verdict for the sake of peace.”

This comment has received condemnation from a cross-section of Ghanaians who have called on the former President to retract his statement as it is unbecoming of a statesman, which he has refused.

He says his utterance regarding a ‘do or die’ affair at polling stations in 2024 is an idiomatic expression which has been misconstrued by the governing New Patriotic Party (NPP).

The Merriam-Webster dictionary however defines the statement do-or-die as;

2: presenting as the only alternatives complete success or complete ruin