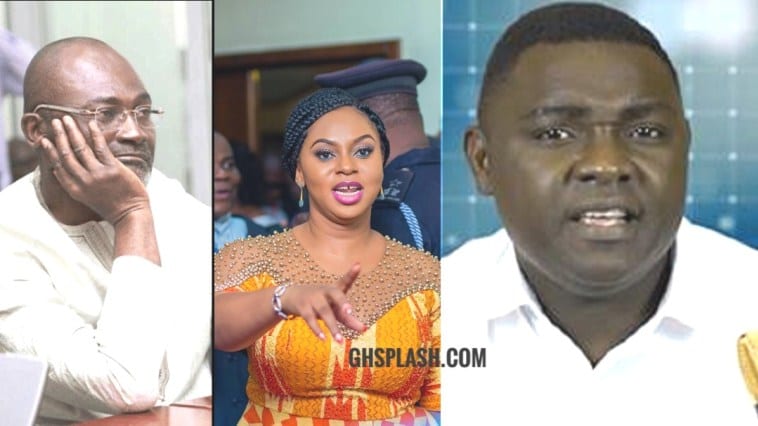 It appear the battle between the Assin Central MP, Kennedy Agyapong and Kevin Taylor will not end any moment soon.

On Mr. Taylor’s show he did not only affirmed his allegation that reports at the Criminal Investigations Department of the Ghana Police Service that he [Ken Agyapong] was mentioned as the killer of the late MP, JB Danquah Adu and investigative journalist, Ahmed Hussein Suale but made new revelations.

According to Mr. Taylor, Kennedy Agyapong has demanded from fellow MP. Adwoa Sarfo a “blow jaw” a night to her [Adwoa] wedding but was sacked live a goat and chased out of Adwoa Sarfo’s house.

Mr. Taylor was reacting to Kennedy Agyapong’s insults on his Net2 TV.

Ken Agyapong and Adwoa Sarfo are former lovers with one child before Adwoa got married some someone else somewhere last year.

I’ll expose your cocaine deals, how you dubbed the US gov’t – Kevin Taylor chases Ken Agyapong

I'll expose your cocaine deals, how you dubbed the US gov't - Kevin Taylor chases Ken Agyapong