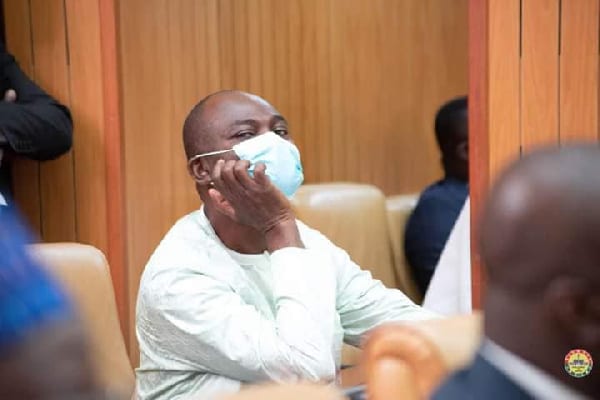 Kevin Taylor has revealed that if the NPP is on the search for that individual who voted against their choice as speaker of parliament they should look no further than the Member of Parliament for Assin Central, Kennedy Ohene Agyapong.

Mr. Taylor said the maverick lawmaker hatched the plan to pay back President Akufo-Addo for not showing up at the blessing of his marriage of his second wife.

Mr. Agyapong who always claims to have a piece of evidence to every matter that pops up in the country retook a vow with his second wife days ago after the 2020 election.

Interestingly, the President and other influential people within the NPP were missing at the event which many thought shouldn’t have been the case.

Kevin in letting the cat out of the bag said Kennedy was hurt Akufo-Addo snubbed his wedding to attend that of Asante Bedietuo on grounds that Kennedy is just a loudmouth irrelevant fellow within the NPP.

Kevin has however dared Kennedy Agyapong to deny these claims if he’s indeed a man of integrity.
He added that Kennedy’s seemly calm nature in Parliament during the election of the speaker of parliament was because he knew what was about to happen.

Kevin has promised to give more revelation on his show “With All Due Respect Extended Version” which streams live on Loud Silence Radio and Television on Facebook, Periscope, YouTube, Instagram, Twitter and many other platforms.