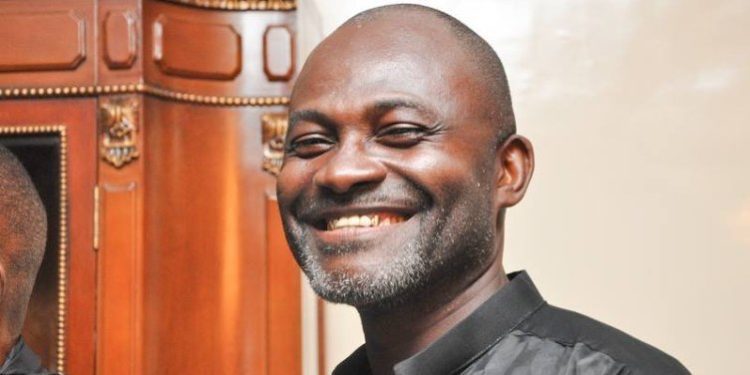 190
SHARES
1.1k
VIEWS
Share on FacebookShare on TwitterShare on WhatsApp

Kennedy Agyapong, the Member of Parliament for Assin Central, has disclosed that he may consider running for president of the country if there is an overwhelming demand by Ghanaians.

Kennedy Agyapong is of the view that one needs not to assume the highest office on the land to make an impact.

The maverick lawmaker says he finds fulfilment in setting up companies and creating jobs but will give thoughts to gunning for presidency if calls are made in that regard.

Kennedy Agyapong told a US-based YouTuber that he is not focused on winning political power unlike some politicians.

“I have a personal belief that you don’t have to be a president to effect change in people’s life. I’m not a president but you can see the things I’m doing to help Ghanaians. That alone is enough but if a time comes that Ghanaians feel that you can lead and make a change, I will give myself some time and consider it. I don’t want to rush.

“Some people are consumed by power to the extent that they don’t even see realities but I just want to set up businesses and create employment. I have more joy in that than becoming a president but if there should be a change and people feel that this guy can do it, I may consider,” he said.

Kennedy Agyapong had earlier said that he will be exiting parliament in 2024 when his term as the lawmaker for Assin Central expires.

“I’m doing a lot for my people but a whopping 42 per cent of the electorates in the 2020 polls think I’m not doing well, so I’m leaving but would wait patiently to see if any MP can do what I did,” he told delegates at a gathering of the New Patriotic Party’s annual Delegates Conference in Assin-Fosu.

To buttress the seriousness of his decision, he added: “Even if I’m given 1,000 cows, I will not go back because I want the people to know that I am fighting for their wellbeing and not myself as an MP.”

A GNA report, noted that Agyapong however encouraged the party faithful who had gathered at Assin-Fosu to give full backing to the government in order to break the eight-year rule where an incumbent party loses power.

“I entreat you to stand firm and defend the government as measures are being put in place to improve the economy to bring relief to ordinary Ghanaians,” he stated.

Seven years after we broke up, I found out my ex used my womb for money ritual – Married woman cries out