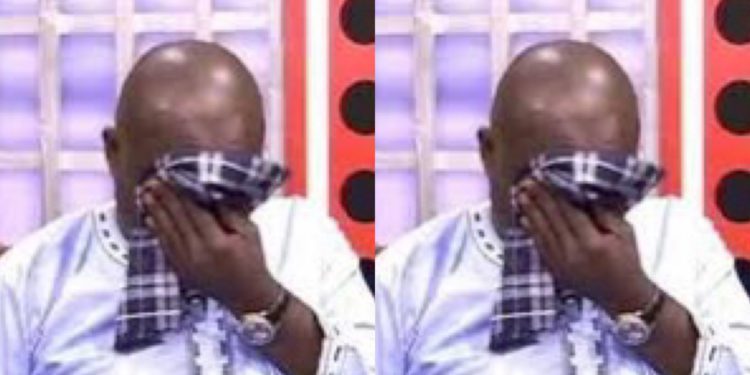 The proceedings of 16 December 2021 was truncated owing to Mr Agyapong’s health situation. After Mr Agyapong had been reminded of his former oath, the legislature requested of the court if he could have a microphone because he had issue with his voice.

In the absence of an extra microphone for the MP, he was permitted to take off his mask so as to be heard.
After the initial first two questions, lawyers for Anas sought leave of the court to confer with lawyer for Kennedy Agyapong.

Though the two lawyers spoke undertone, Ken Agyapong lawyer retorted “just go ahead and do your cross-examination”.
But on resumption of the cross-examination, it was noticed that Mr Agyapong wasn’t feeling well and his discomfiture could be seen from his facial expression and sitting posture.

They added that Mr Agyapong makes excruciating gestures from his seat. Anas’ lawyers told the court that from the demeanour and state of Mr Agyapong, if he was unwell, then the case should be adjourned. In addition Mr. Agyapong kept on visiting the wash room every few minutes before the case was called for hearing.

The learned judge upon hearing the observation made by lawyers for Anas directed both lawyers to approach the bench.

Mr Agyapong’s brother who is also his lawyer, predicting what the judge may want to discuss with both lawyers, upon reaching where Mr Agyapong was seated was heard asking Mr Agyapong whether he (the lawyer) should agree to the imminent adjournment.

Mr Agyapong in a very mournful and excruciating tone was heard saying “adjourn adjourn adjourn”.
When the astute judge His Lordship Eric Baah, JA after conferring with both lawyers for a while, announced in court that the proceedings of the day had been adjourned on health grounds.

Asked when the case could continue, Ken’s lawyer said “My Lord I can’t tell”!
As Mr Agyapong was unable to indicate to the court when he would return from his medical treatment. The case was adjourned to 13 January 2022, where another witness would have be called.