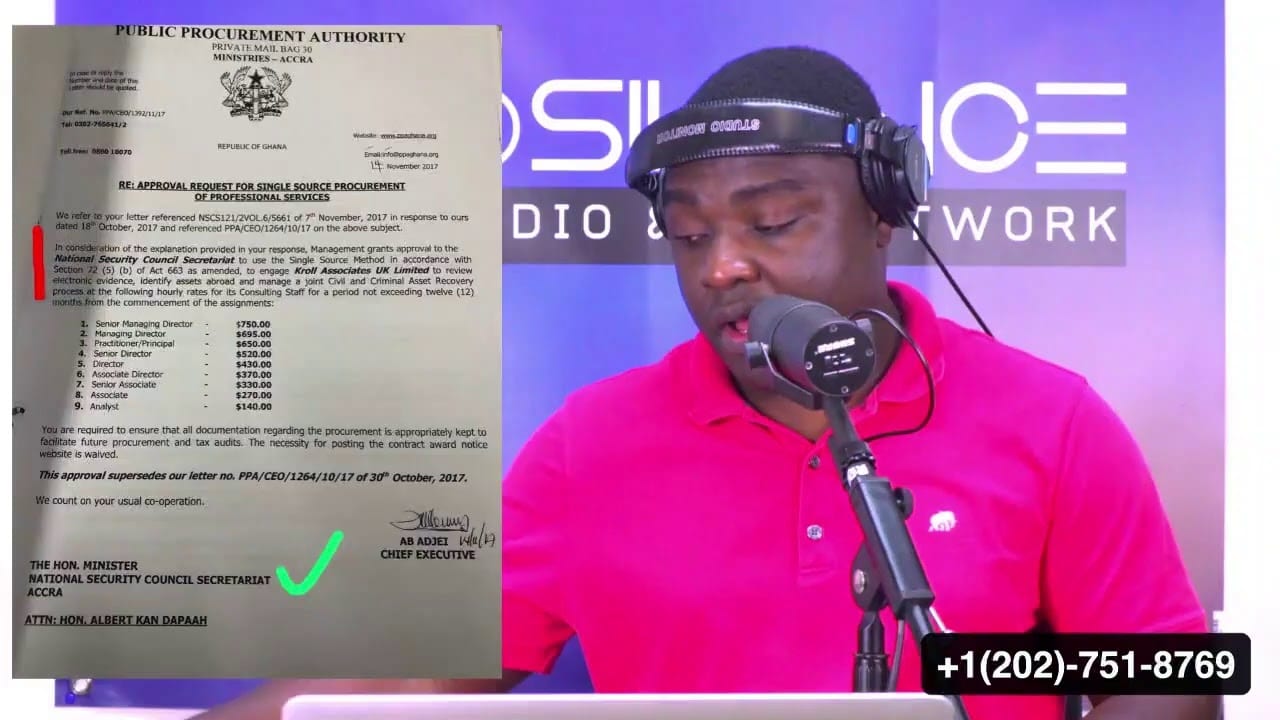 26
SHARES
143
VIEWS
Share on FacebookShare on TwitterShare on WhatsApp

Investigative Journalist Kevin Taylor is out again with yet another heartbreaking scandal, Kroll & Associate’s One Million Dollars dubious deal which made President Akufo-Addo hound Auditor-General, Daniel Yaw Dormelevo from office.

In a very detail and chronological manner, Kevin Taylor took his time in simple words to the understanding of every Ghanaian how the One million Dollars deal was cooked at the seat of the Presidency with the full blessings and protection of President Akufo-Addo.

If readers can recall, last year, Auditor-General of Ghana, Mr. Dormelevo surcharged the Senior Minister, Mr. Yaw Osarfo Marfo to pay back to the state of Ghana an amount of USD$1m his (Osarfo Marfo) office paid to a United Kingdom auditing firm, Kroll & Associate UK Ltd over what the Auditor-General described as no work done.

In Mr. Taylor’s expose, he told the story of how Mr. Dormelevo’s quest to retrieve the dubious payment made to Kroll & Associate led to his (Mr. Dormelevo) temporal removal from office and the Government using the court system to set Mr. Osarfo Marfo free in yesterday’s court ruling.

Advert: Do you need a house or land to buy? Do you have land or house to sell? visit GoPropertyLink.com

According to Mr. Taylor, the said contract was signed between the National Security Secretariate and Kroll & Associate in September 2017 before the Public Procurement Authority’s management approval for single sourcing came in October 2017. A practice Mr. Taylor said was illegal as such contracts were to be approved by the Board of the PPA and not the Management of the PPA headed by Mr. AB Adjei.

Interestingly, the Finance Ministry which is a separate entity from the Office of the Senior Minister with their respective budgets now paid the Senior Minister an amount of One Million United State Dollars for his office to engage the Kroll & Associates in the said project.

This process and agreement were what caught the attention of the Auditor-General during his normal lawful auditing activity at the Finance Ministry hence requested for receipt of payments done and procurement documents in respect of the Kroll deal for which the Finance Ministry could not provide but the Office of the Senior Minister writing to the Auditor General with excuses.

Sensing danger in the AG surcharge, the Mr Osarfo went to the High Court saying the Auditor General has no capacity to request for that information on the Kroll deal saying they are national security information. The High Court then referred the matter to the Supreme Court of Ghana where the Senior Minister was ordered to provide that information to the AG within 10days.

Mysteriously, on the fifth day into the order of the Supreme Court, President Akuffo-Addo wrote to the Auditor-General, Mr. Yaw Dormelevo to proceed on 167days compulsory leave – a decision of the President many personalities and civil society organizations kicked against saying it is illegal for the President to issue such a directive to a constitutionally independent officer like the Auditor-General.

This was what form the basis for the Senior Minister winning the case yesterday. But Mr. Dormelevo may never be able to appeal the decision of the Court because is still serving this leave and by the time he comes back to Office in March 2021, the time for Appealing the decision of the Court might have expired hence Mr. Osarfo Marfo and his cartels led by President Akufo-Addo will go free with Ghana’s US$1M.

But Mr. Taylor said the deal was cooked in the Jubilee House and showed the below document which details the component of the contract awarded to the Kroll & Associate for which Mr. Dormelevo was seeking a proof of work done for those huge sums of money being paid by the state to the foreign entity.

In the approval documents, the nine (9) officials from the Kroll & Associate were being paid hourly between US$750 and US$140 for 12 months. Each of the nine officers was said to have been working for 8hours per working day for the 12months. 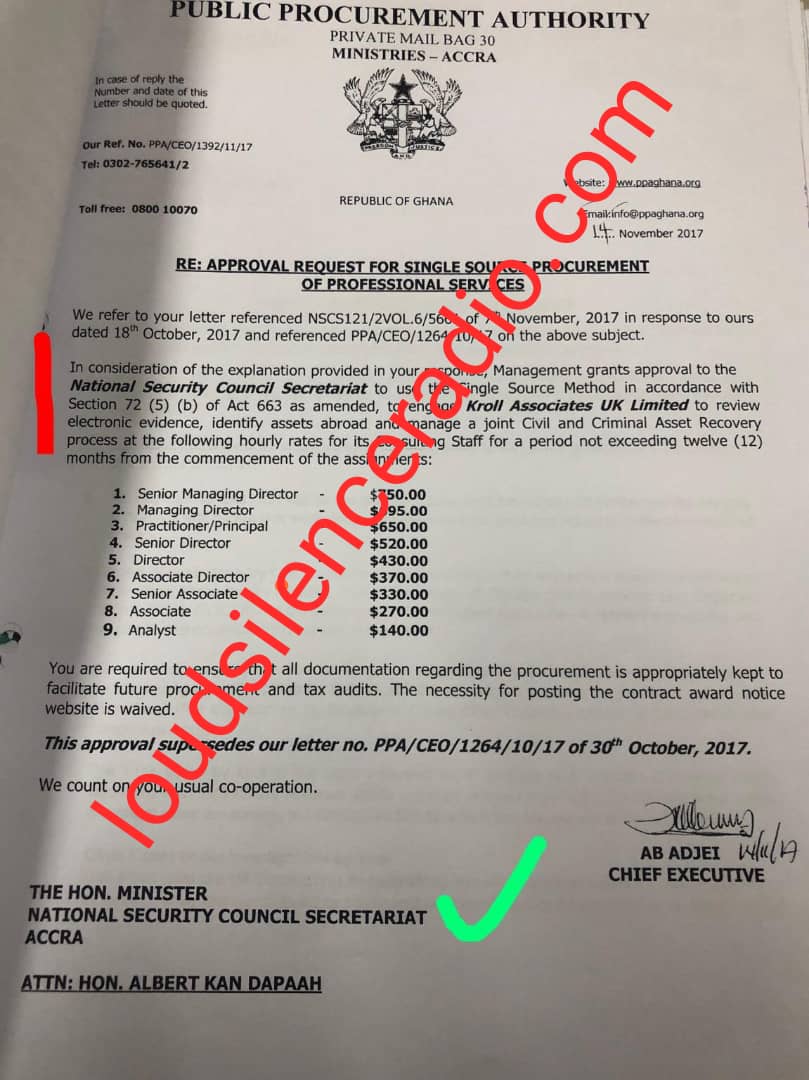