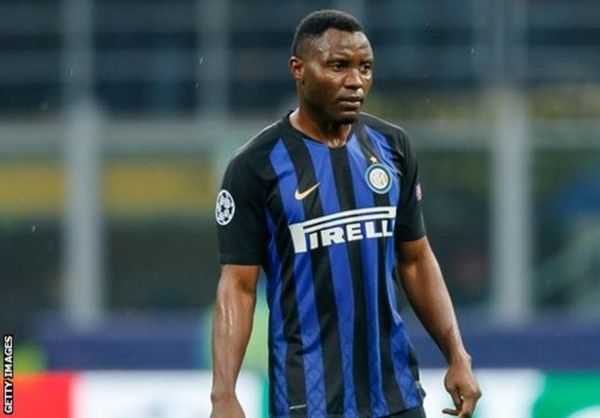 6
SHARES
33
VIEWS
Share on FacebookShare on TwitterShare on WhatsApp

Inter Milan wing-back Kwadwo Asamoah is facing an uncertain future at the club amid widespread interest from Fenerbahce.

The 31-year-old has been linked with a move away from the Nerazzurri with a number of clubs in Turkey and Germany believed to be interested.

Asamoah is heading for the exit door with German outfit TSG Hoffenheim and Turkish side Fenerbahce monitoring his situation.

The Ghana international, whose season has been blighted by injury, is considering his long term future with the Serie A side.

The former Udinese versatile man has a valid contract with Inter until June 2021.

Fenerbahce manager has extensively scouted Asamoah and is considering a move for the wing-back. Zeki Murat Göle is a known admirer of the player and is reportedly keen on the idea of bringing him this summer.

The Turkish giants will have to come up with the right proposal to convince Asamoah to join the club.

How Safe Are Your Pets?

How Safe Are Your Pets?