Kwadwo Asamoah Has Not Retired From Black Stars – Father | Football/Soccer 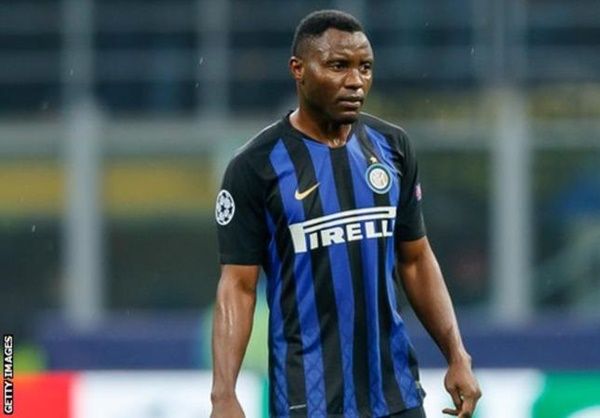 Kwadwo Asamoah’s father has reiterated that his son has not retired from international football.

The Inter Milan player has had his national team future speculated after an average performance at the 2019 Africa Cup of Nations in Egypt.

Asamoah returned from a four-year self-imposed exile in 2018 but has struggled to make an impact.

He was left out of the 2021 Africa Cup of Nations qualifiers against South Africa and Sao Tome and Principe in 2019.

New coach CK Akonnor also excluded him from his squad to face Sudan for the third and fourth matches in the Cup of Nations qualifiers.

That notwithstanding, Emmanuel Kwasi Asamoah says his son remain committed to the Black Stars.

“I’m not worried about my son’s exclusion from the Black Stars that’s how the game is. Some go and others replace them because there are up and coming kids too who must be given the chance to come and play for the Black Stars,”  told Ashh FM.

“When there is the chance for him to play he will come at the right time.

“Kwadwo Asamoah has not retired from the Black Stars he will come when the time is right and he is handed a call up.”