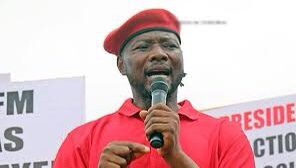 Ahead of the start of his Greater Accra Regional tour, the president appeared at the studio of Peace FM’s morning show ‘Kokorokoo’ for an interview which was conducted by host Kwamei Sefa Kayi.

In the assertion of Mr Mornah, it was fundamentally wrong for the president to agree to be interviewed on a private radio station when he could have used the state broadcaster, GBC.

He further stated that it was out of place for the interview to be conducted by Kwami Sefa Kayi who was recently appointed by the president to the board of the Ghana National Petroleum Commission.

Bernard Mornah intimated that President Akufo-Addo has an aversion for the state broadcaster GBC, a reason he decides to be interviewed by Peace FM.

He recounted that the president in 2013 embarrassed GBC by yanking away their microphone at a press briefing that followed the supreme court’s verdict of the 2012 election petition.